Apple analyst Ming-Chi Kuo has lowered his iPhone shipment forecast by 10 percent to 36-40 million units in the first quarter of 2020, noting that the Wuhan coronavirus outbreak is affecting iPhone supply in China.

For example, multiple reports have indicated that assembly of the rumored "iPhone 9" or "iPhone SE 2" could be disrupted. The lower-cost device, expected to be a revamped version of the iPhone 8, was rumored to enter mass production in February ahead of a March release. Apple could still announce the device in March, but initial supply could be limited until production can ramp up. 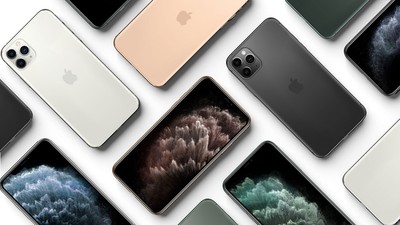 In his research note with TF International Securities, seen by MacRumors, Kuo added that smartphone shipments in the Chinese market declined by 50-60 percent year-over-year during the Chinese New Year holiday period, possibly due to declining consumer confidence in the country stemming from the coronavirus outbreak.

Out of an abundance of caution, Apple said it has closed all of its corporate offices, stores, and contact centers in mainland China through at least February 9 due to the coronavirus outbreak.

Earlier this week, the World Health Organization declared the Wuhan coronavirus outbreak a global public health emergency. More information about the virus and how to protect yourself is available on its website.

dannyyankou
Reminder that the flu kills 36,000 Americans every year.
Score: 15 Votes (Like | Disagree)

Reminder that the flu kills 36,000 Americans every year.

Reminder that the WHO doesn't declare a global emergency for the normal flu and China doesn't normally quarantine cities of 36 million (while building two hospitals on site) for the normal flu either. That stat means nothing as well without comparing survival rates among those affected, of which the coronavirus is (currently) around 6-10x more lethal. You're also comparing an entire years stats to roughly a month.

I keep seeing this stat posted but I'll trust the scientists, epidemiologists and those in power at the WHO/CDC clearly stating this is a problem over internet commenters.
Score: 12 Votes (Like | Disagree)

MacLawyer
This is a terrible development for victims and their families. I can wait a bit for iPhone SE. Get better folks.
Score: 11 Votes (Like | Disagree)

NO 2020 iPhones are produced in China this year.

I just closed my entire position on AAPL based on your post. I shall wait until the stock goes below $100 before jumping back in.
Score: 10 Votes (Like | Disagree)

now i see it
with the extremely close living quarters in the dorms at some assembly places, I suspect we haven't even begun to see the impact of this horrible scourge
Score: 6 Votes (Like | Disagree)

EVGabe
This is why it's a bad idea to have a huge portion of your supply chain in one place. I hope this will prompt Apple to shift at least some of the supply chain to places like Taiwan, Vietnam, India, or maybe even the United States!

Especially the US. Apple has more than enough cash on hand to do so.
Score: 4 Votes (Like | Disagree)
Read All Comments

Sunday May 9, 2021 2:00 am PDT by Sami Fathi
Zoom, a hallmark platform used by millions during the global health crisis, has been given access to a special iPadOS API that allows the app to use the iPad camera while the app is in use in Split View multitasking mode. This case of special treatment was first brought to attention by app developer Jeremy Provost, who, in a blog post, explains that Zoom uses a special API that allows the...
Read Full Article • 249 comments