Barclays: iPhone 12 Models Will Have 'Refreshed' Face ID System, Lightning Connector Could Be Dropped in 2021

Thursday January 16, 2020 5:45 am PST by Joe Rossignol
iPhone 12 models will feature a "refreshed" front-facing TrueDepth system that benefits Apple supplier Lumentum, according to Barclays analysts Blayne Curtis, Thomas O'Malley, and Baylie Harri. This suggests that Face ID could be improved on iPhone 12 models, but no specific details were provided. 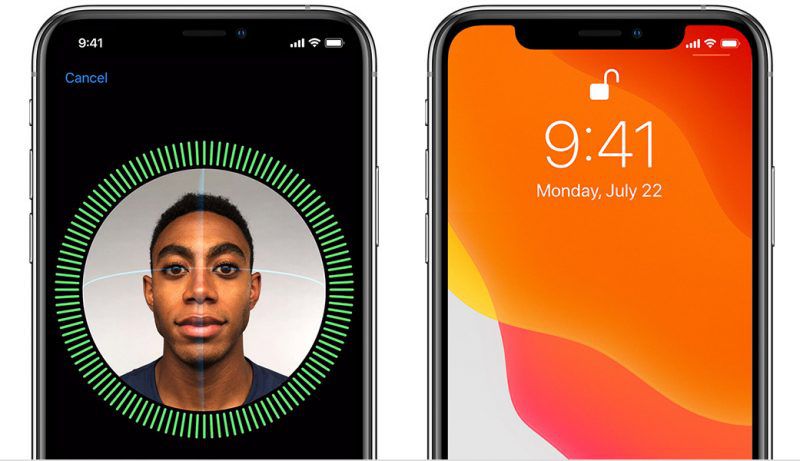 The biggest change of all could come next year, as the analysts said they see potential for Apple to remove the Lightning connector from at least one iPhone model in 2021, echoing a prediction shared by fellow analyst Ming-Chi Kuo last month. This could result in wired EarPods being removed from the box, they said.

Kuo has said that Apple plans to release five new iPhone models in 2020, including a lower-end "iPhone SE 2" or "iPhone 9" by the end of March and four higher-end, 5G-enabled models in the fall.

Correction: A previous version of this article listed Apple supplier Lite-On Semiconductor in the first paragraph. The supplier mentioned in the research note was actually Lumentum.

No Lightning or USB-C. No wired charging or I/O. Completely wireless.

That would seriously **** up people who have expensive cars with wired-only CarPlay.
Rating: 37 Votes

farewelwilliams
“This suggests that Face ID could be improved on iPhone 12 models, but no specific details were provided.”

My data shows the camera will possibly be refreshed and could be improved on iPhone 12 models. Can I be an analyst now?
Rating: 21 Votes

No Lightning or USB-C. No wired charging or I/O. Completely wireless.


I already rarely ever use the lightning port so that wouldn't be much of a problem. I'll be interested in seeing what they do for charging though. If they don't include a wireless charger in every box, then you'll be buying the device with no way to charge it in the box. Plus, if Apple doesn't end up developing their own wireless charger, you'll be required to go out and buy a third party charger to be able to even use the device.
Rating: 15 Votes

Im not planning on upgrading until the next iPhone is USB-C like my iPad and the notch is removed.
Rating: 13 Votes


The idea of having an iPhone that can't be used while charging (well, if you are really handy perhaps you can) is so absurd that it boggles the mind.
That is without even getting into specific uses like charging on the go (someone could come up with an equally ridiculous large induction battery box) or using CarPlay on every car that isn't a BMW (and some other models).
And the idea of having huge electrical losses just to please a departed Apple exec is also so ridiculous and environmentally criminal that it should be outlawed.
Rating: 12 Votes

tayalva
getting rid of a wired port altogether would screw me with CarPlay. I have a 2018 Subaru that has wired CarPlay and I'd be pretty pissed if they got rid of it entirely and I was unable to use it, or I'm required to not upgrade my phone. It seems they try these new "features" on 1 phone, and then the rest follow in the coming years
Rating: 5 Votes