Apple today released a new firmware update for the AirPods 2 and the AirPods Pro, though there is no word on what's new in the refreshed firmware. 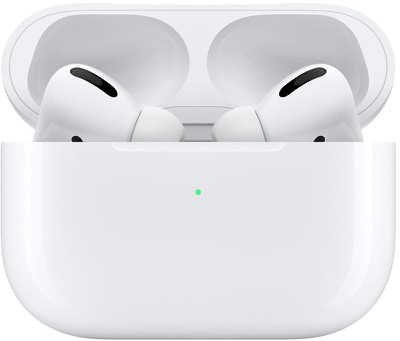 There's no clear cut way to upgrade the firmware of the ‌AirPods‌ and ‌AirPods Pro‌, with the new software being installed over-the-air while the ‌AirPods‌ are connected to an iOS device.

You can check the firmware of your ‌AirPods‌ by following these steps:

‌AirPods‌ firmware updates often bring performance improvements, bug fixes, and feature tweaks, but we may not find out what's new as Apple does not provide any kind of release notes for ‌AirPods‌ updates.

cableguy84
Have updated my airpods. Sound quality is greatly improved and I’m getting around 3 hours more battery life.
Score: 26 Votes (Like | Disagree)

retrospek
How the hell do you upgrade these things - really not simple...
Score: 13 Votes (Like | Disagree)

*waits impatiently for both pairs to update*

Serpenthawk
Hopefully this brings back the original anc. ANC has been weak since the 2b588.
Score: 10 Votes (Like | Disagree)

One thing to remember is not to use cheap ass no brand Chinese chargers as their voltage regulation is usually lacking. Use a reputable brand!

If this were reddit, I'd give you at least silver over this statement. I've literally confiscated chargers and cables from my parents so that they don't burn their house down and replaced them with Anker chargers and cables, lol. After explaining it a bit to my dad, he gets it as he's a union electrician. He just didn't know there was so much going on in the ends of those Lightning cables.
Score: 9 Votes (Like | Disagree)

12W wouldn't be so good for them though, would it?

Common misconception - devices only draw what they need. You can’t ‘force’ current into them.
Score: 8 Votes (Like | Disagree)
Read All Comments