Apple today announced that it will be collaborating with ABC News to provide up-to-the-minute coverage of the key events of the 2020 U.S. presidential election through the Apple News app. 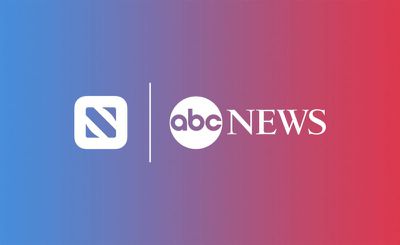 The coverage will begin with the Democratic primary debate on February 7, 2020 in New Hampshire. Apple News will feature ABC News videos and live-streaming coverage, as well as FiveThirtyEight polling data, infographics, and analysis during key moments in the 2020 election, according to Apple.

Apple News, ABC News, and WMUR-TV will also partner for the February debate, the first to be held after primary voting begins.

The partnership will extend through Super Tuesday, the Republican and Democratic National Conventions, the general election debates, election night, and the 2021 presidential inauguration.

laz232
Even a cursory view over the mainstream media shows how crap all of them are. None of the "journalists" or analysts seems to have read or understood the Constitution, Bill of Rights, or been able to contextualize any US foreign policy from WW2 til today (and I say that as a fairly MotR centrist).

Apple siding with any of these clowns in the media circus won't inform a single reader / viewer, but will instead be to promote whatever viewpoint is beneficial to Apple and just get everyone riled up in their echo chamber (left or right - equally insular)
Score: 23 Votes (Like | Disagree)

junkw
the 98%-far-left US media monopoly at works
Score: 22 Votes (Like | Disagree)

femike
Well then, Apple News is off my list for election coverage. Thanks for the heads-up.
Score: 20 Votes (Like | Disagree)

I have found it helps to read news only, and then throw out all the adjectives. It is amazing how little actual information gets reported and how much is opinion.

aren’t journalists supposed to be objective?
Score: 18 Votes (Like | Disagree)

As opposed to Breitbart and Fox, those bastions of fact-based news reporting integrity?
Score: 14 Votes (Like | Disagree)
Read All Comments