Along with the new Mac Pro and Pro Display XDR, Apple has added a variety of related accessories to its online store.

For the Pro Display XDR, there is an optional $999 stand, a VESA mount adapter, and Logitech's 4K Pro Magnetic Webcam for $199.95.

Many of the accessories ship within the next week, but some are not yet available.

This is similar to when Space Gray versions of the Magic accessories were limited to the iMac Pro when that computer launched in December 2017, but they became available to purchase separately in March 2018.

Michael Scrip
See Apple? You couldn't have any of these internal expansion options with that silly trashcan design.

And Thunderbolt 2 devices didn't exactly take off either.

Thank you for realizing (again) that the tower form-factor is great!
Score: 4 Votes (Like | Disagree)

So what I'm seeing is you can't just slot any PCI-E GPU into this machine? Your only upgrade path is through Apple? What a disappointment.

Of course you can. Apple even sells cables to do just that. 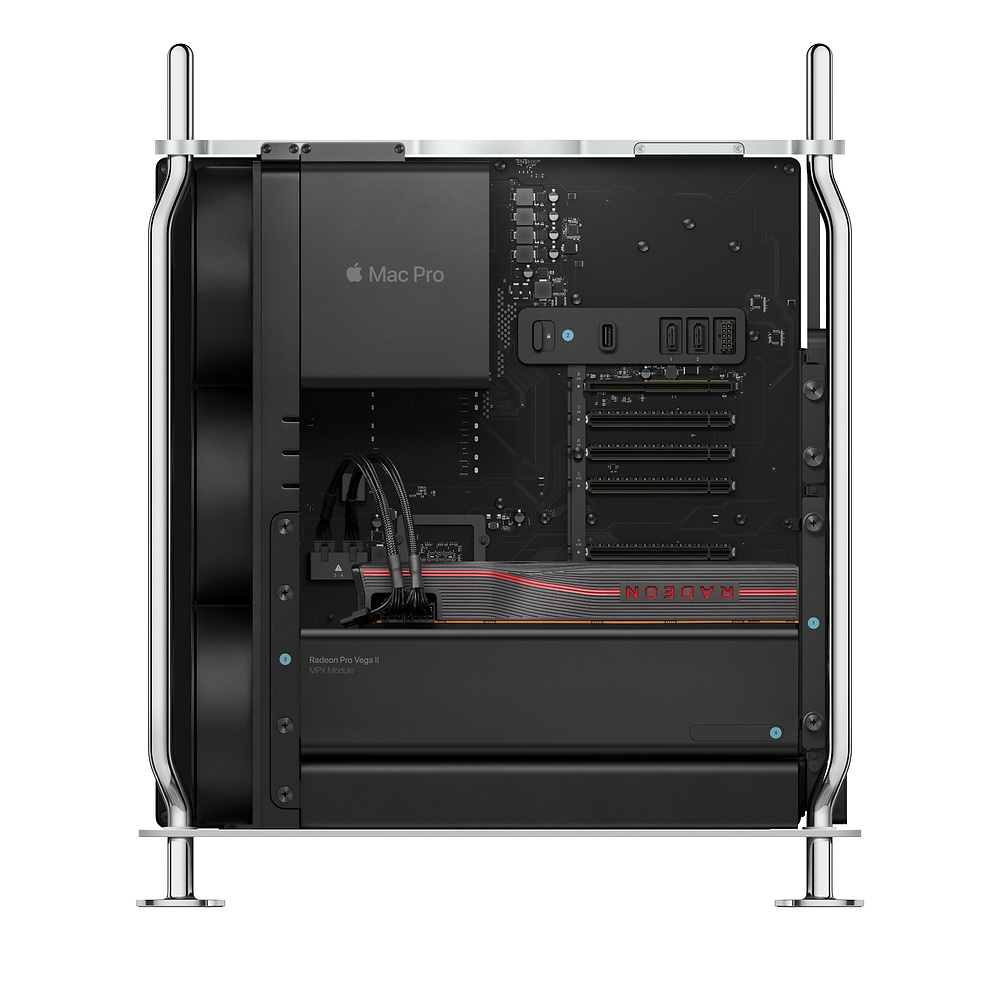 Macrumors staff! Never forget to price-check everything. The stand is $899.

MakeAppleAwesomeAgain
TIL the Pro Display XDR doesn't have a webcam ?
Score: 2 Votes (Like | Disagree)

Friday February 26, 2021 3:35 am PST by Tim Hardwick
Microsoft co-founder Bill Gates this week participated in his first meeting on Clubhouse, the increasingly popular invite-only conversation app, where he fielded a range of questions as part of an ongoing book tour. Gates was interviewed by journalist Andrew Ross Sorkin, and given that the Clubhouse app is currently only available on iOS, naturally one of the questions that came up was...
Read Full Article • 244 comments

Tuesday February 23, 2021 7:07 am PST by Hartley Charlton
Over the past week, some M1 Mac users have been reporting alarming SSD health readings, suggesting that these devices are writing extraordinary amounts of data to their drives (via iMore). Across Twitter and the MacRumors forums, users are reporting that M1 Macs are experiencing extremely high drive writes over a short space of time. In what appear to be the most severe cases, M1 Macs are sai...
Read Full Article • 667 comments

Monday February 22, 2021 8:52 pm PST by Joe Rossignol
Apple plans to release two new MacBook Pro models equipped with an HDMI port and SD card reader in the second half of 2021, according to analyst Ming-Chi Kuo, who outlined his expectations in a research note obtained by MacRumors. The return of an SD card reader was first reported by Bloomberg's Mark Gurman last month. "We predict that Apple's two new MacBook Pro models in 2H21 will have...
Read Full Article • 524 comments