Monday December 2, 2019 5:34 am PST by Joe Rossignol
Last week, MacRumors reported that Apple Pay's Express Transit mode was being tested at some London Underground stations. And now, Apple has formally announced that Express Transit mode is live across all Transport for London services, including the tube, buses, trains, and trams.

Apple has been alerting customers in the United Kingdom about this news by email, pointing them to a new page on its website with more details. 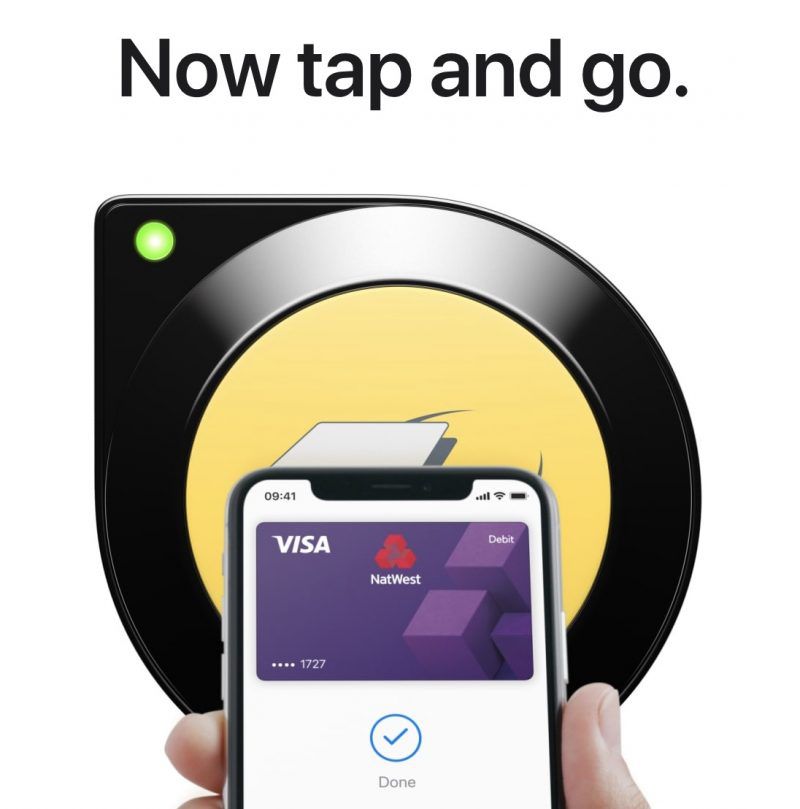 Express Transit mode eliminates the need to authenticate your payment with Face ID or Touch ID. And you don't need to wake or unlock your device, either. Simply tap your iPhone or Apple Watch on the card reader and go. You'll need an iPhone 6s and newer or an Apple Watch Series 1 or newer.

If you have an iPhone XS or newer, Express Transit mode even works for up to five hours after your iPhone shuts off and displays a red battery icon.

To set up a card for use with Express Transit mode, open the Settings app on your iPhone and tap Wallet & Apple Pay > Express Transit Card. Select a card and then authenticate with Face ID, Touch ID, or your passcode. 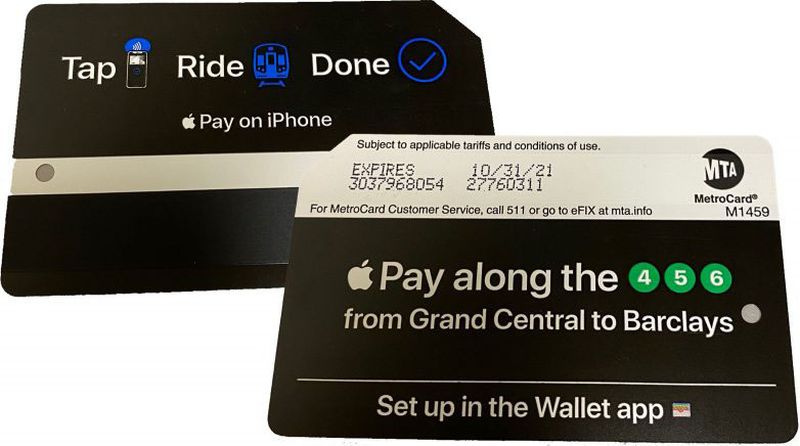 In related news, Apple has started advertising Apple Pay with Express Transit mode on some MetroCard fare cards in New York City, as shared on Reddit. The MTA added support for the feature earlier this year. Express Transit mode is also supported in Portland, Beijing, Shanghai, and parts of Japan.

At first I liked this idea, but then I realized all the work that apple did to make the phones a worthless target for thieves is impacted by this feature. I sure hope not. Maybe the day or two someone is able to get free transit with a stolen phone before the associated card is cancelled won’t be enough to inspire thefts. But the thought of increased iPhone thefts and needing to cancel cards makes this possibly annoying.

You guys really need to start taking responsibility for your actions. If you’re so in danger all the time and so worried/paranoid then just use a flip phone.

Stop using the features then.

“AirPods are too small, I keep losing them.” Stop buying them then.


Just to be clear, if I enable express mode on a card will that mean the card will work without authentication on regular contactless purchases?

No this is literally only solely for TRANSIT. It will not work on anything else. Apple could do this with other companies, but for security they’re probably just testing it with transit. Makes sense.
Rating: 10 Votes

Is this just for London Underground??

What about the security implications? ie, if your handset is lost/stolen it can be used without any authentication?

I don't use the Underground very often, but when I do I usually authenticate as Im walking up to the barrier, so my handset is ready before I get to it.....


Bear in mind that the maximum you can spend on your Oyster card in a day is, I think, around £10. So in the worst case that's the most you could lose - nobody would be able to use it in a shop to pay for anything.
I think the compromise is fine and certainly no worse than losing your actual oyster card or contactless credit card
Rating: 6 Votes

Well butter my biscuits... that sounds like a nightmare for security.

No more so than contactless payment cards, and despite all the alarmist predictions when they were launched several years ago they've not become a significant security issue.
Rating: 5 Votes

What about the security implications? ie, if your handset is lost/stolen it can be used without any authentication?

Turn the feature off if you’re not happy. It’s no different to your contactless card on the tube.
Rating: 5 Votes

DoctorTech
I live in an area that does not have mass transit but I still think this in an incredibly cool idea to speed up the payment process for those who take mass transit.
Rating: 5 Votes

macguru212
Great idea, can't wait for it all over the NYC MTA other than the 4,5,and 6 lines.
Too bad we didn't have a SUICA card for everything, but this is definitely a step in the right direction it just took almost 19 years to get here. Glad Apple is around to modernize things in the US, finally.
Rating: 4 Votes

Well butter my biscuits... that sounds like a nightmare for security.

How so? It's already in use many places with no issues. you have to be close enough to the reader with your phone almost touching for it it register....
Rating: 3 Votes

At first I liked this idea, but then I realized all the work that apple did to make the phones a worthless target for thieves is impacted by this feature. I sure hope not. Maybe the day or two someone is able to get free transit with a stolen phone before the associated card is cancelled won’t be enough to inspire thefts. But the thought of increased iPhone thefts and needing to cancel cards makes this possibly annoying.

In case you don’t know - it’s not clear from the tone of your post - this is an optional feature. You don’t have to enable it.
Rating: 3 Votes

Anonymous Freak
I've been using this in Portland for quite a while (since Portland became the first market to launch this.) It's great. I don't use transit every day, but when I do, just "tap watch at the reader and go" is great. No need to dig anything out of my pocket, no need to go through a "double click and wait for approval", just tap - BEEP - go.

It *ONLY* does the "no authentication" for transit. Any other credit card reader requires the normal double click and unlock activation. And Portland's transit system has a "two fares per day maximum" system, once you've tapped twice ($2.50 per tap,) the rest of the day is free. So worst case if someone steals your phone, they drain your transit balance of $5.00 a day - assuming you don't immediately lock out your phone.
Rating: 3 Votes