While not yet reflected on Apple's website, Apple Pay's Express Transit mode has been functional on at least some tube and bus routes in London since last Tuesday or so, according to multiple MacRumors readers. 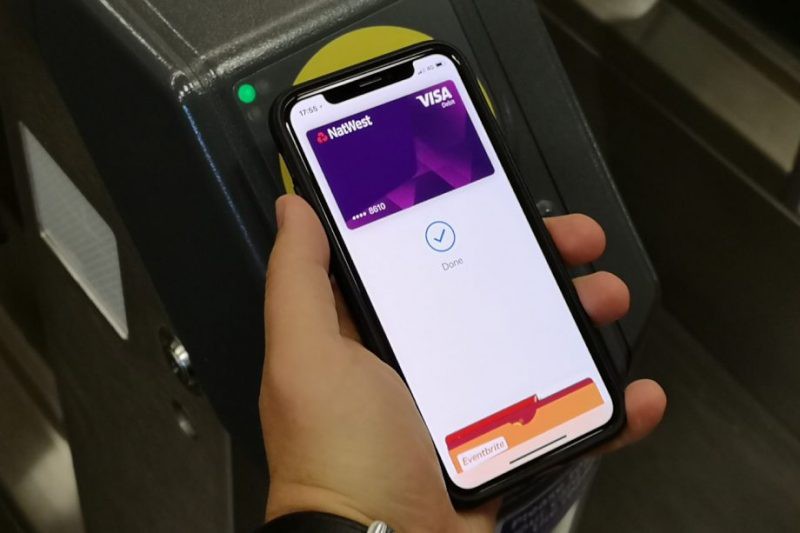 Image: Trusted Reviews
One reader said the Express Transit mode works on Transport for London's U5 bus route between Hayes and Uxbridge, as well as at the Ealing Broadway and Farringdon stations serving the London Underground and National Rail. Not all stations support Express Transit mode yet, so this could be early testing.

Despite this, Transport for London has advised customers that Express Transit mode is "not currently an option" as recently as Thursday, although it said it is having "positive discussions with Apple" about enabling the feature. Apple and Transport for London did not respond to multiple requests for comment.

Express Transit mode eliminates the need for users to authenticate with Face ID, Touch ID, or a passcode or even wake their device when they pay for rides with Apple Pay. Simply hold your iPhone or Apple Watch near the contactless reader until you feel a vibration and payment has been completed.

Apple Pay with Express Transit mode is also available in New York City, Portland, Beijing, Shanghai, and where Suica is accepted in Japan.

Seconds add up in public transit applications. You want it to move as fast as possible
Score: 14 Votes (Like | Disagree)

Try getting stuck behind someone if their TouchID doesn't authenticate when you have thousands of people moving through the gates every hour.
Score: 9 Votes (Like | Disagree)

Seconds add up in public transit applications. You want it to move as fast as possible

To add, it's actually a safety issue, not being "lazy".

The gateline is a funnel point and they are engineered to allow a certain number of people per minute to pass through smoothly. Stations are engineered with this flow capacity, from the street entrance all the way down to the platforms and trains.

Stoppages and backups can lead to overcrowding, then stampedes and crushing which have resulted in death. If an exit line causes backups all the way down to a platform, somebody could fall in front of a train and be killed.

If people have to use Face ID, adding seconds per person, that represents a significant drop in capacity and would have to re-engineer stations and gatelines to accommodate.
Score: 7 Votes (Like | Disagree)

So how does this work while it's only rolled out at certain stations? If I tap-in at a participating station with my iPhone, what happens if my exit station isn't yet supporting it?

You would be charged the maximum fare for a journey starting at that station. But you would also be unable to leave your exit station so would start a new life as a mole person living on the garbage discarded by non-Apple Pay travellers.
Score: 6 Votes (Like | Disagree)

living in Japan, it would be considered selfish and ignorant to use anything other than Express Transit mode's automatic features.
needing to authentic yourself and use directly an EMV type of payment in a transit wicket that is not set up as your Express Transit card is a horrendous way to travel and prone to errors and delays.
3 seconds in a transit wicket is a lot of people behind you wondering what problem you are having with your ticket/payment, and they are shifting to other wickets en masse to avoid being delayed by you.
Japan National Railway and Tokyo Metro's targets for when they began to institute cashless systems was/is 0.3 seconds. not 3 seconds.
and whether for transit or for ID cards, you really should have a modern iPhone model with the ability to have power reserve so that even when your iPhone is registering as no battery (with the dreaded red bar on a battery) your dorm ID card or train ticket will still get you into your building or off the train at your destination station.
Score: 6 Votes (Like | Disagree)

To add, it's actually a safety issue, not being "lazy".

The gateline is a funnel point and they are engineered to allow a certain number of people per minute to pass through smoothly. Stations are engineered with this flow capacity, from the street entrance all the way down to the platforms and trains.

Stoppages and backups can lead to overcrowding, then stampedes and crushing which have resulted in death.

If people have to use Face ID, adding seconds per person, that represents a significant drop in capacity and would have to re-engineer stations and gatelines to accommodate.

Not to mention that after some period of time there’s inevitably an instance when Face ID doesn’t authenticate. I can’t think of any public transportation system in the world where I’d want to be at the turnstile fumbling to re-authenticate with a long line of busy travelers behind me.
Score: 6 Votes (Like | Disagree)
Read All Comments