Apple today removed Jony Ive from its leadership page on its website, suggesting that he has officially departed the company after nearly three decades. The change was spotted by French blog MacGeneration. 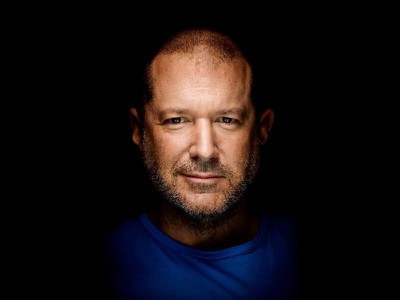 Jony Ive portrait by Brian Bowen Smith
Ive led Apple's design team since 1996. Promoted to Chief Design Officer in 2015, he had been responsible for all design at Apple, including the look and feel of Apple products like the iPhone, Mac, and Apple Watch, packaging, and major architectural projects such as Apple Park and Apple Stores.

In June, Apple announced that Ive would depart the company as an employee later this year to form an independent design company named LoveFrom with his designer friend Marc Newson. Apple said it will remain one of Ive's primary clients.

"Jony is a singular figure in the design world and his role in Apple's revival cannot be overstated, from 1998's groundbreaking iMac to the iPhone and the unprecedented ambition of Apple Park, where recently he has been putting so much of his energy and care," said Apple CEO Tim Cook in June.

Apple said its operations chief Jeff Williams will "spend more of his time" working with the company's design team in their studio. Evans Hankey and Alan Dye, vice presidents of Industrial Design and Human Interface design at Apple, respectively, will now report to Williams as part of the transition.

azentropy
I thank Jony for all the work as you did great things. However it was time for a change as Form over Function became too extreme IMO.
Score: 53 Votes (Like | Disagree)

SuprUsrStan
Jobs was the balance that Ive needed. Often Steve had to reel him back in, but ever since Steve passed away, Johnny Ive got too powerful at apple. His words got too much weight. Its good now that he's gone and hopefully balance and rational thinking is restored at apple.
Score: 24 Votes (Like | Disagree)

Product visionaries all but gone from Apple.

martyjmclean
As much as I dislike some recent designs, I still feel sad. It’s the end of an era.
Score: 18 Votes (Like | Disagree)
Read All Comments

Wednesday May 5, 2021 1:29 am PDT by Tim Hardwick
Encrypted messaging app Signal has had a series of Instagram ads blocked from the social media platform, after it attempted to show users how much data the Facebook-owned company collects about them and how it's used to push targeted ads. In a blog post, Signal described how it generated the ads to show users why they were seeing them, simply by declaring upfront the information that the...
Read Full Article • 91 comments

Tuesday May 4, 2021 11:48 am PDT by Juli Clover
Brydge has been making keyboards for Apple's iPads for years now, and the newest model, the Brydge 12.9 MAX+, is compatible with the third, fourth, and fifth-generation iPad Pro models, so it works even with the new mini-LED iPad Pro. Subscribe to the MacRumors YouTube channel for more videos. In our latest YouTube video, we checked out the new Brydge 12.9 MAX+ to see if it's a viable...
Read Full Article • 86 comments