Wednesday November 27, 2019 9:36 am PST by Joe Rossignol
Following a recent Bloomberg report claiming that the new AirPods Pro are experiencing "much higher" than expected demand, the Nikkei Asian Review reports that Apple has asked its supplier Luxshare Precision to double production of the high-end earphones to two million units per month. 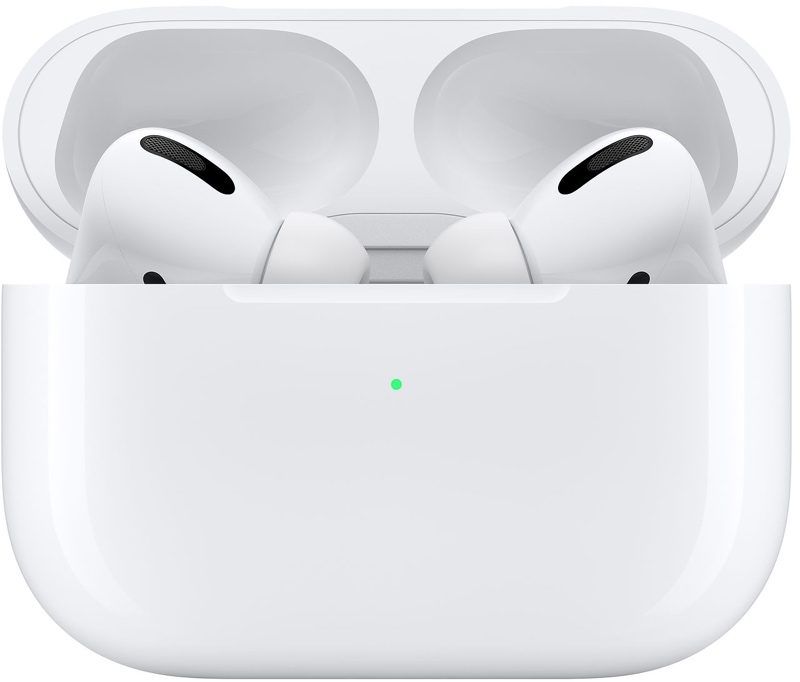 The report adds that Apple has also asked Luxshare and fellow Chinese manufacturer Goertek to boost production of the regular AirPods at their Vietnam-based factories, although it is unclear by how much..

AirPods Pro are currently estimated for delivery around December 31 through Apple's online store in the United States, so orders placed today are not guaranteed to arrive in time for Christmas. However, authorized resellers such as Amazon, Best Buy, AT&T, and T-Mobile still quote delivery within the first week of December.

Amazon is even offering a slight discount on the AirPods Pro for Black Friday, pricing them at $234.98, a savings of nearly $15.

AirPods are considered to be the world's best selling truly wireless earphones, with surging popularity since their release in late 2016. Together with the Apple Watch, the earphones have been a driving force behind growth in Apple's wearables category, which recently set new fourth quarter revenue records worldwide.

TreyCox
I believe it. I already see them everywhere in DC. I absolutely love mine.
Rating: 25 Votes

Kabeyun
Not surprised. It’s what we wanted from the original AirPods, and still, despite the predictable whining here, competitively priced for what you get. AirPods were the dark horse of Apple’s lineup, and good on them for capitalizing on this niche.
Rating: 20 Votes


I’ve seen you bring this up a lot. Again, in the end Consumer Reports is just another mouthpiece with an opinion. You can find dozens of other reviews that say the opposite with Airpods .

In the end though, it matters what the actual consumers think, not some company on a high horse with the word “consumer” in their name. If you go to Amazon, Best Buy, Target, etc, they all overwhelmingly have higher reviews for Airpods Pro than Galaxy Buds.
Rating: 17 Votes

djcerla
After Jobs passed, Apple managed to introduce not one, but two massive hits that any other company would die to have.

Maybe it's time to eat crow for some Tim Cook haters around here.
Rating: 16 Votes

I'm sure the people you're giving them to will enjoy having some ugly earrings. ;) (Not quite as bad as the Surface Buds, but...)

In all honesty, though, Samsung's alternative may be cheaper, but with Apple it's all about the experience. The one-tap setup that lets you use them with all your Apple devices, the ANC and Transparency modes, the Hey Siri integration, the bean forming mics, etc. It's just feels more tightly integrated and thoughtfully designed. Most of Samsung's "awesome, groundbreaking" features I've found to be just gimmicks (Galaxy Fold, anyone???) I once heard an AT&T employee say it well: "Samsung is always looking to do the latest and greatest. Apple doesn't do the flashy new stuff quite as quickly, but when they do, they do it better." Couldn't have said it better myself.
Rating: 15 Votes

we? i was perfectly happy with the original airpods. couldn't care less about these so-called "pro"s. also what was so "dark horse" about them exactly?..


You try using the old ones on the London tube and it's impossible even on max volume , new pro's mid volume and noise cancelling gets rid of all the train/tunnel noise and are fantastic!

At $250, the Apple AirPods Pro are well within the price range of other wireless portable noise-canceling headphones, particularly true wireless models. the Samsung Galaxy Buds ('https://www.consumerreports.org/products/stereo-headphone/samsung-galaxy-buds-398889/overview/'), which also sell for around $130. (They aren’t noise-canceling.)

I wonder what do you get off on lying online, you misinform people why? Grow up.
Rating: 14 Votes

confessJason
Yet the highly reputable Consumer Reports said they’re mediocre and that Samsung (yet again) destroys Apple on quality and price. I know which I’m going to gift to people.
Rating: 12 Votes

LovingTeddy
Still not convinced with these disposable headphones.
Rating: 12 Votes