Black Friday week is upon us and that means deals on many iPhone, iPad, and Mac apps, which we've rounded up below. We'll keep this list updated throughout the week, so keep checking back for additions. 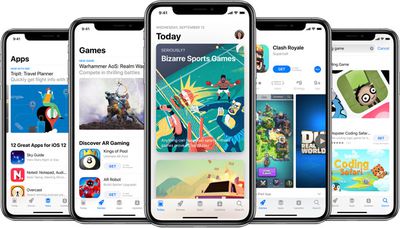 iPhone and iPad Apps and Games

Adobe is offering a subscription to all 20+ of its Creative Cloud desktop and mobile apps, including Photoshop, Illustrator, InDesign, Premiere Pro, and XD, for $29.99 per month. After one year, the regular price of $52.99 per month applies.

This offer is available to first-time subscribers only through Black Friday.

MacStories Shortcut Icons, a set of 350 icons for Home screen shortcuts on iPhone and iPad, is 50% off for Black Friday and Cyber Monday.

Note: MacRumors is an affiliate partner with Parallels, Softorino, and MacPaw and may receive a small commission from sales of their software, which helps to keep the site running.

justperry
I never understood nor will ever understand why MacRumors mentions CleanMyMac, it's
Garbage.
Score: 11 Votes (Like | Disagree)

I never understood nor will ever understand why MacRumors mentions CleanMyMac, it's
Garbage.

Garbage? Malware. It's malware.
It took me forever to scrape that stupid program out of my system.
Score: 9 Votes (Like | Disagree)

kemo
Affinity apps are worth it even for the full price.
Score: 9 Votes (Like | Disagree)

calzon65
Black Friday, Cyber Monday, Hacking Tuesday, Picnic Wednesday ... or whatever the next "special day" the marketing types will throw at us.

macintoshmac
How does one buy iPad apps on the iPhone or the Mac (Catalina) now? I want to pick up Pixelmator Photo.
Score: 3 Votes (Like | Disagree)
Read All Comments