Plepler is planning to launch a production company and is currently negotiating a deal that would land him with Apple, producing content for Apple's streaming television service. 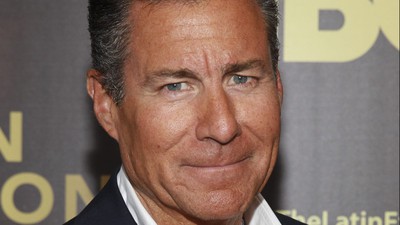 Plepler, known for his showmanship, creative instincts and willingness to take risks, had been a key driving force behind HBO's success over the past couple of decades. He was elevated to HBO CEO in 2012. Before that he was co-president.

Plepler left HBO in February after spending 30 years at the company and has reportedly spent the last several months exploring different opportunities. According to Deadline, Plepler was not interested in returning to TV as an executive, but was instead looking for opportunities as a producer.

The talks are being conducted by Jamie Erlicht and Zack Van Amburg, two former Sony executives who have been spearheading Apple's television efforts.

Apple has already signed production deals with multiple companies, including A24, Imagine Documentaries, and Oprah Winfrey, plus it has established deals with producers and directors like Jason Katims, Alfonso Cuaron, and Justin Lin.

People who keep slamming Apple TV+ for its so called "mediocre content" have to realize that Apple TV+ is only in it's infancy and has the potential, (in name alone really) to attract talent like this and in the future has the possibility to be GREAT!

This. They've shown that they're willing to do stuff that's not G-rated (an early concern many had), they're looking for unusual new shows (vs. dozens of cookie cutter sitcoms, dramas, etc., so industry types that have a show they always wanted to do have another place to pitch such projects), and they have more spare cash than some small nations. If they make a long series of correct decisions, they can potentially draw in a lot of really top notch production talent, and make some great shows in the long run.
Score: 5 Votes (Like | Disagree)

He’s no longer with HBO. Did he take good HBO talent with him?

30 years at HBO will have given him a huge collection of industry relationships. He doesn't have to take any HBO employees.
Score: 5 Votes (Like | Disagree)

DotCom2
People who keep slamming Apple TV+ for its so called "mediocre content" have to realize that Apple TV+ is only in it's infancy and has the potential, (in name alone really) to attract talent like this and in the future has the possibility to be GREAT! It's just getting started and I think Apple is going to do just fine especially if they keep the price competitive.
Score: 4 Votes (Like | Disagree)

iJon
This would a home run partnership. HBO has been the leader in quality television for a long time.
Score: 4 Votes (Like | Disagree)

picaman
I worked at Time Warner back in the day. He’s the real deal. If true, this is huge for Apple. And AT&T should be kicking themselves for edging him out over short term revenue goals.
Score: 3 Votes (Like | Disagree)

He’s no longer with HBO. Did he take good HBO talent with him?

He shall cultivate new talent. ?
Score: 3 Votes (Like | Disagree)
Read All Comments

Saturday July 4, 2020 9:44 pm PDT by MacRumors Staff
iPhone 12 dummy models based on leaked schematics have been starting to circulate online and in online marketplaces. Not happy with the circulating size comparisons between the rumored 5.4" iPhone 12 and the original iPhone SE models, MacRumors forum user iZac took matters into his own hands and purchased his own 5.4" dummy model to provide more detailed size comparisons between the original...
Read Full Article • 179 comments

Monday July 6, 2020 7:53 am PDT by Mitchel Broussard
Tom Hanks' WWII drama "Greyhound" is set to premiere on Apple TV+ this Friday, July 10, and ahead of that debut the actor gave an interview with The Guardian discussing the film. "Greyhound" was originally planned to see a theatrical release this summer, and was repeatedly delayed in the wake of the ongoing Covid-19 pandemic. Apple won the streaming rights to the film, and in the new...
Read Full Article • 190 comments

Monday July 6, 2020 6:55 am PDT by Eric Slivka
Amid rumors and hints of a forthcoming update for the iMac, supplies of Apple's current 27-inch iMac continue to dwindle with mid- and high-end stock configurations now seeing shipping estimates pushed back into September. The 27-inch iMac has seen tight supplies and extended shipping estimates for months now, but the situation has been gradually worsening to the point where new buyers can...
Read Full Article • 68 comments

Monday July 6, 2020 2:04 pm PDT by Juli Clover
Ahead of the launch of new iPhones we often see dummy models created based on leaked schematics and specifications, with those models designed to let case makers create cases for the new devices ahead of their release. We got our hands on a set of dummy models that represent the iPhone 12 lineup, giving us our first close look at the iPhone 4-style design and the different size options. Subscri ...
Read Full Article • 95 comments