Did Apple Just Acquire Trademark Rights to the 'AirTag' Name? 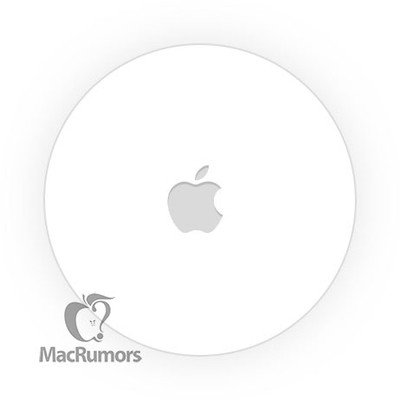 Looking into the status of any trademark activity surrounding the term, we've come across some curious recent developments that could be signs of Apple acquiring the trademark rights, although we've yet to find a smoking gun concretely linking Apple to the activity.

Citing an international application made in June 2016, a Russian entity known as "Intelligent Systems of Business Control" Ltd in October 2018 filed a trademark application on the AirTag name with the U.S. Patent and Trademark Office.

The description of the goods and services to be covered by the trademark bear a remarkable similarity to Apple's rumored ‌AirTags‌:

After an initial denial and some back-and-forth between the applicant's attorney and trademark examiners, the application was approved in August 2019 to be published for opposition, which gives third parties 30 days to object to the proposed trademark.

On August 28, the same day the USPTO officially served notice that the trademark application would be published for opposition on September 17, the attorney on the application was changed to the Moscow office of Baker & McKenzie, a major law firm that Apple has worked with on a number of occasions in several countries.

A month later, on October 1, ownership of the trademark application was officially transferred to GPS Avion LLC, a company that was only just created in July 2019 and appears to have no public presence. GPS Avion was created in Delaware through the Corporation Trust Company, which is a process Apple has used quite a few times to create shell companies in order to hide its identity when dealing with intellectual property issues.

We have a sneak peek of the AirTag setup process! Apple logo is a placeholder pic.twitter.com/niEqfoW6TX — MacRumors.com (@MacRumors) October 28, 2019

So while there's no evidence directly linking Apple to this AirTag trademark application, the timing of the ownership change and the acquisition by a company seeking to remain anonymous certainly raise suspicions. The use of Baker & McKenzie as the new attorney is also consistent with Apple's past behavior, and at a minimum hints that a major player is behind the acquisition given the firm's prominence.

While we've seen increasing signs of Apple's work on ‌AirTags‌ in recent months, we still don't know when they will debut. An October event would have been a good opportunity to introduce, perhaps as an iOS 13.2 feature, but with that software having been released today and Apple apparently not planning a media event until early next year, it doesn't necessarily look like an ‌AirTags‌ launch is imminent.

SDJim
Applause on the investigative journalism, MR.
AirTags is a reasonable name, I think. "Where are your keys? Never mind, I'll just AirTag 'em."
Score: 8 Votes (Like | Disagree)

If this is cheaper than Tile, I can see being a smash hit.

Is it Apple's recent pricing structure that hints to you it'll be cheap?
Score: 8 Votes (Like | Disagree)

ikramerica
Their next product is an embedded tracking chip you can implant in your children called SkinTag.
Score: 5 Votes (Like | Disagree)

M-Life
I used to play AirTag with my friends on a trampoline as a kid. Do I have any claim to this trademark?
Score: 3 Votes (Like | Disagree)

gugy
If this is cheaper than Tile, I can see being a smash hit.
Score: 3 Votes (Like | Disagree)

Is it Apple's recent pricing structure that hints to you it'll be cheap?

no. LMAO
Score: 2 Votes (Like | Disagree)
Read All Comments

Monday July 13, 2020 9:31 am PDT by Juli Clover
Apple today shared a funny video focused on the problems that people working from home have to deal with, including noisy children, chaotic schedules, communication issues, and more. The video focuses on showing off Apple products and their capabilities that can be useful when working from home, such as the ability to scan a document with an iPhone, mark up a PDF, Siri Reminders, and more.The...
Read Full Article • 79 comments