Apple is rumored to be working on Tile-like Bluetooth trackers that can be used to keep track of items that are often lost, such as keys, wallets, and more.

Hints of the Bluetooth tags have been seen multiple times in prior iOS 13 updates, and iOS 13.2 adds another piece of the puzzle - Apple could call the accessory "AirTags." 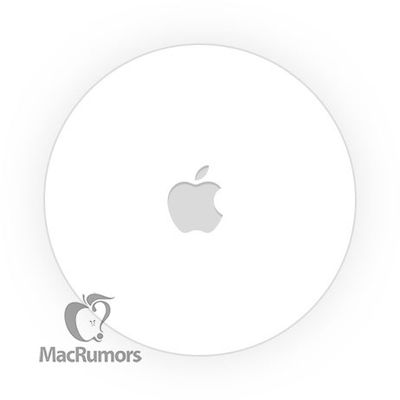 The name was spotted in today's iOS 13.2 release by 9to5Mac. A folder in the iOS 13.2 filesystem uses the "AirTag" name. There's also a "BatterySwap" video asset in today's update, which suggests the ‌AirTags‌ will have batteries that can be swapped out.

Multiple rumors have confirmed Apple's work on ‌AirTags‌, which are expected, based on leaked assets, to be little round circles that can be attached to your items to make them locatable through the Find My app right alongside your Apple devices.

‌AirTags‌ will connect to iPhones, iPads, Macs, and more via Bluetooth, and will leverage the ultra-wideband U1 chip in the newest iPhones for more precise indoor tracking that's unmatched by competitors.

As we found earlier this year, there will also be an augmented reality component that will let you use your device's camera to pinpoint exactly where a lost item might be. Longer-range tracking will also be available, and ‌AirTags‌ will likely take advantage of the offline crowd-sourced tracking feature that was added in iOS 13.

There is no word on when ‌AirTags‌ will be released, but given that Apple has been adding new details to each beta, there's a possibility that the accessories are coming this year, perhaps even quite soon.

fokmik
after best iphones , after a proper form over design mac pro , now with iosd13.2 that is the most stable one, with airpods pro, tomorrow with airtag and macbook pro later...Apple you make Christmas better for millions of people
Score: 8 Votes (Like | Disagree)

ignatius345
Man, the reality distortion field is strong. I've looked at Tile products over the years and thought "meh, I don't need that" but when an Apple version comes along I'm like "hmmm, maybe I really do need this".
Score: 6 Votes (Like | Disagree)

Niklas_nick
I just hope they bring that technology to the easily-misplaced Apple TV remote ?
Score: 5 Votes (Like | Disagree)

PastaPrimav
But a replaceable battery in a $3,000 laptop is just a design impossibility.

Why doesn't Macrumors credit the source for this i.e 9to5mac?

To hell with them. They constantly post articles with "Exclusive" headings that are anything but. Apple released 13.2 to the public with this folder name. There is nothing exclusive about this knowledge.
Score: 5 Votes (Like | Disagree)
Read All Comments