Alongside macOS Catalina, Apple today announced the launch of an updated version of Final Cut Pro X, which is optimized for the upcoming Mac Pro and Pro Display XDR that goes along with it.

The new version of Final Cut Pro X has a new Metal engine that's designed to take advantage of the power of the new ‌Mac Pro‌ while also delivering performance gains across a wide range of Mac systems. 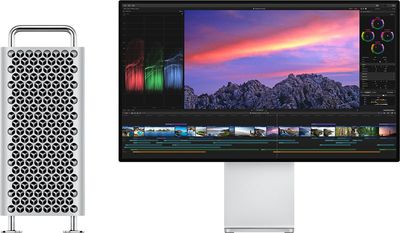 Final Cut Pro X works with the Sidecar feature in macOS, which is designed to allow the iPad to work as a secondary display for a Mac.

Other new features added to the software are listed below:

Apple is also releasing updates to Motion and Compressor with the same new refreshed Metal engine that offers performance optimizations for the ‌Mac Pro‌ and Pro Display XDR.

Duane Martin
There is an irony in Apple, having released FCP X in 2011 and openly snubbing the television and film industry that FCP 7 had made huge inroads into, should release a version of FCP X optimized for a computer that only those editing major films and TV series could hope to afford.

Don't get me wrong, I am a certified trainer for FCP X, I recently used it to cut a feature-length film. I both understand and appreciate the power of the software. I also recognize that very, very few editors doing the work I do are willing to take the time to relearn their trade in order to use FCP X. I would love to see what FCP X can do on a new Mac Pro but I am cognizant of the fact that none of the local post production houses in town that use FCP X (and there are at least 3) will be buying Mac Pros for the work they do.

In other words, nice effort Apple, however you have spent 8 years alienating the very people you are hoping will take advantage of this.
Score: 9 Votes (Like | Disagree)

Well as a long-time user of both, you def are missing the point.
Score: 5 Votes (Like | Disagree)

FCP X is fantastic. I can see why Apple had to start over and I'm glad they did. It was a painful transition for some but you always had the option of remaining on Final Cut Pro 7 through the transition.
Score: 4 Votes (Like | Disagree)

I still use FCP 7 everyday and I work for a big media company.
A lot of us in the industry do.
FCPX rather then being a improved upgrade was a typical apple watered down refresh removing key features and changing the UI so much that it doesn’t even feel like a professional NLE anymore.

I don’t know anyone who uses FCP 7 anymore. For a couple years after the transition your points made sense. But now FCP 7 is a dinosaur and probably natively incompatible with almost all new codecs and resolutions. Editing a 4K project (let alone in HDR spec) would either be imposible or one of the most painful convert, reconvert, convert processes ever.

If you make your living as an editor I’d say it’s really dangerous to still cling to FCP 7, because of you go somewhere else (or the company you work for/client) requests a modern deliverable, you’ll be starting from scratch in a new paradigm. I never hear anyone claim that FCP 7 has a single advantage over the current iteration of FCPX. I’m not trying to put your down, just maybe give you another nudge to get on board with current editing technology. Once you’re up to speed your editing pace should quicken by at least 50%, esp. due to the way FCP 7 rendered out clips as you waited.

How about FCPX for the iPad? How long are we going to be sold the “iPad Pro is more powerful than most computers” yet still lack the bread and butter apps that would make a good iPad useful (like a computer)?
Score: 4 Votes (Like | Disagree)
Read All Comments