Apple today flipped the switch to launch Apple Arcade for users currently running the macOS Catalina beta, which itself was updated to the golden master version just yesterday. 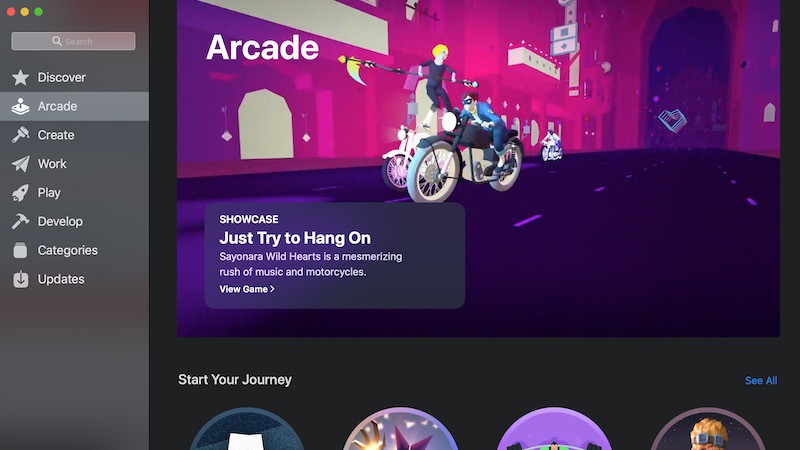 The launch of ‌Apple Arcade‌ on Mac will complete the rollout of Apple's subscription gaming service, with the service already up and running for all users on iOS, iPadOS, and Apple TV. While Apple touts ‌Apple Arcade‌ as having 100+ games overall, not every game is available on every platform and the Mac version of ‌Apple Arcade‌ currently offers about two dozen titles including Sayonara Wild Hearts, Operator 41, Big Time Sports, Card of Darkness, and more.

‌Apple Arcade‌ is priced at $4.99 per month across all platforms, with Family Sharing allowing up to six members of a single family to access the service at no additional charge. A one-month free trial is also available.

Huh, guess the leak of the Oct. 4 release was for Apple Arcade for macOS, not for Catalina. Darn.

There was no leak. It was a typo on a website.

What about OSX Los Angeles?

That was released nearly 40 years ago. ;)

MRwonderful1
What about OSX Los Angeles?

So far was very UNimpressed with Apple Arcade. There are a few ok games but overall the quality seems lacking. Maybe in a year or so it’ll get there, some large releases will be on it, etc.

For now I can see most doing the trial and cancelling.


Basic cartoon graphics because most Mac GPUs are mobile chips and will throttle. We not going to see some bad ass ultra 4K graphics or ray tracing there anytime soon.
Score: 2 Votes (Like | Disagree)

Same. ****** selection of cartoon games. The games are not syncing saves in the cloud so whatever game levels I reached on iOS aren't on Catalina. Steam could do this years ago but Apple with all their offshore billions can't even do this.

Games are definitely syncing to the cloud, works fine in about a dozen games I tried. Maybe the one you tried was having issues or more likely you're not logged into Game Center for some reason.

If you can't find a single game you like out of the 60 or so games they released so far then you probably don't play indie games and you weren't going to subscribe anyway.

Already cancelled after trying most of the games that I kept hearing people rave about...Like Oceanhorn2, which some people compare to Zelda... Except, it is nowhere near the quality of any Zelda game, and I've played them all.

So you played Oceanhorn for like 2 minutes, watched like 6 or 7 videos for other games, then decided the whole thing sucks... Well played.
Score: 2 Votes (Like | Disagree)

Nah, MFi controllers are the same. It would be pretty cool to have one that can switch easily - I have 3 controllers on different TV's but it's still a bit cumbersome when I want to play multiplayer on one screen.
Score: 1 Votes (Like | Disagree)
Read All Comments