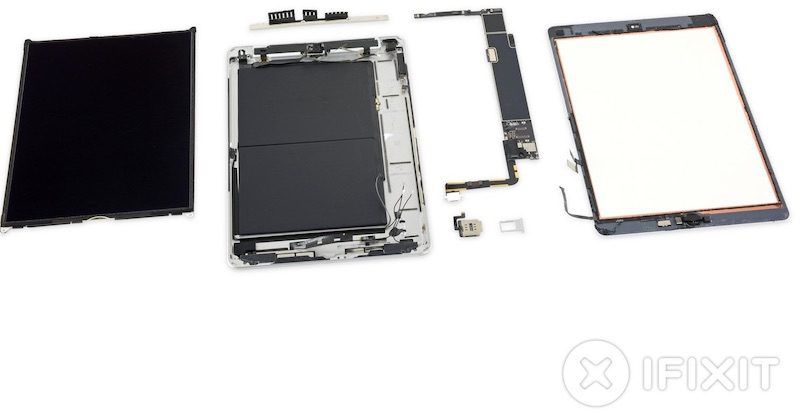 The 10.2-inch iPad is similar to the sixth-generation 9.7-inch ‌iPad‌, with the same A10 Fusion chip and Apple Pencil support, but it has a larger display and a Smart Connector that enables support for Apple's full-sized Smart Keyboard. Pricing continues to start at $329 in the United States.

Given the minor refresh, the 10.2-inch ‌iPad‌ has few hardware changes over the 9.7-inch ‌iPad‌ beyond the larger display, addition of a ‌Smart Connector‌, and an extra GB of RAM. Repairability remains low due to strong adhesives and a soldered Lightning connector, although display repairs remain feasible.

Jsameds
They should merge iPad and iPad Air lines to simplify the lineup.
Rating: 10 Votes

Loyalty4Life
It’s pretty sad they did not upgrade the A10 fusion inside. They usually do that yearly with this iPad.
Rating: 5 Votes

Chundles
Seems fine. This is the budget model. The one schools and businesses buy.
The “real” iPad lineup is the mini, the Air and the Pro. This model doesn’t need the latest stuff, just needs to be decent for the price and it is.
Rating: 4 Votes

They should merge iPad and iPad Air lines to simplify the lineup.

People aren’t so stupid that they can’t choose between three models. Price pretty much makes the decision for you, anyway. iPad if it’s for kids, education or if cost is the biggest concern. iPad Air I’d recommend for most, as long as you can spare an extra $200. If $799 is not a problem, buy the Pro.
Rating: 4 Votes

mi7chy
Why cheapen out on DRAM when component prices are so low? It should have at least 4GB for $329 starting price. Engineering for early obsolescence wins again.

For comparison, Raspberry Pi 4 pricing is only +$10 for different LPDDR4 tiers.

Not quite the Windows 4GB but iPad is moving toward becoming a PC replacement.

Not in the least. I have an iPP (I have ben an iPP customer since day one), have been using iPad OS 13 since its beta. I was also given a Surface Pro at work a few weeks ago (also, my wife got a Surface a couple of months ago). There is no competition, the Surface is much better. I give you that the GUI is less polished, but as a product it's definitely superior to the iPad.
Rating: 2 Votes

Still no laminated display or antiglare coating. On a tablet... Wtf. :rolleyes:


If you want laminated display and antiglare, good news! Both are available on the iPad Air :)
Rating: 2 Votes

Repairability remains low according to ifixit standards. Pretty sure Apple knows how to repair it.

Apple doesn’t repair iPads. They give you a white box replacement and send you on your way. If your iPad is out of warranty they charge you an arm and a leg for the same replacement.
Rating: 2 Votes