Google's Project Zero published a blog post this week about a previous security threat wherein malicious websites quietly hacked into the victim's iPhone. This small collection of hacked websites were used in what was described as "indiscriminate" attacks against unsuspecting visitors for years, but the threat has been addressed by Apple. 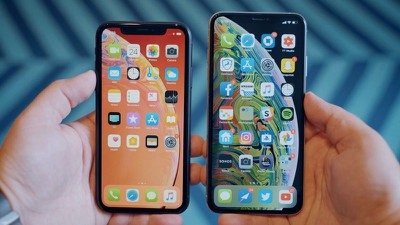 If the attacks were successful, a monitoring implant would be installed on the targeted ‌iPhone‌, able to steal private data including messages, photos, and GPS location in real time. Google estimated that thousands of visitors headed to these websites per week over the course of two years, and that iOS versions ranging from iOS 10 to iOS 12 were exploited.

There was no target discrimination; simply visiting the hacked site was enough for the exploit server to attack your device, and if it was successful, install a monitoring implant. We estimate that these sites receive thousands of visitors per week.

TAG was able to collect five separate, complete and unique ‌iPhone‌ exploit chains, covering almost every version from iOS 10 through to the latest version of iOS 12. This indicated a group making a sustained effort to hack the users of iPhones in certain communities over a period of at least two years.

Project Zero discovered exploits for a total of 14 vulnerabilities in iOS, seven for Safari, five for the kernel, and two separate sandbox escapes. The team reported these findings to Apple in February, and Apple's release of iOS 12.1.4 that same month addressed the issues.

Google's deep dive into the iOS exploit can be read on the company's Project Zero blog.

noSpeed
So what were the malicious sites?
Score: 72 Votes (Like | Disagree)

Expos of 1969
The defenders will soon be here trying to explain how Apple was not at fault and that the company is really trying to put privacy priority # 1 (ha...ha...ha).
Score: 29 Votes (Like | Disagree)

Stick that on a billboard

Sure. Along with the time Google discovered a security flaw in Safari and instead of notifying Apple so they could fix it they wrote malware to exploit it so they could keep tracking users.

So the moral of the story is: If Google can somehow embarrass Apple over an exploit they'll release information to the public. If they can use the exploit to their own advantage, they'll keep quiet about it.
Score: 23 Votes (Like | Disagree)

So what were the malicious sites?

Same question. Read the articles, and didn’t see them listed. Maybe I missed them... I feel google has the responsibility to disclose them.
Score: 18 Votes (Like | Disagree)

"... we examined how the attackers gained unsandboxed code execution as root on iPhones. At the end of each chain we saw the attackers calling posix_spawn, passing the path to their implant binary which they dropped in /tmp. This starts the implant running in the background as root. There is no visual indicator on the device that the implant is running. There's no way for a user on iOS to view a process listing, so the implant binary makes no attempt to hide its execution from the system.

The implant is primarily focused on stealing files and uploading live location data. The implant requests commands from a command and control server every 60 seconds.

Before diving into the code let's take a look at some sample data from a test phone running the implant and communicating with a custom command and control server I developed. To be clear, I created this test specifically for the purposes of demonstrating what the implant enabled the attacker to do and the screenshots are from my device. The device here is an iPhone 8 running iOS 12.

The implant has access to all the database files (on the victim’s phone) used by popular end-to-end encryption apps like Whatsapp, Telegram and iMessage. We can see here screenshots of the apps on the left, and on the right the contents of the database files stolen by the implant which contain the unencrypted, plain-text of the messages sent and received using the apps..."

Sounds like working as intended. Bugs found, reported and fixed in the same month.

First off, Apple didn't ignore this exploit for years. They simply didn't know about it. The only reason it went unnoticed for so long is because it wasn't widespread. Once an exploit becomes common it's usually discovered quickly. This is why zero-days are so valuable and often sold to governments or others who can afford to pay a couple million for an exploit. It's also why those same people only use the exploits on targets they consider valuable, because once it's out there it will be discovered and fixed.

Secondly, Apple dealt with it immediately. Google notified Apple on Feb 1st and Apple released a patch on Feb 7th. This is a perfect example of Apple having superior security to Android. Exploits will always exist. Being able to quickly roll out a fix for an exploit is one of the most important methods in dealing with them. Something Android is absolutely horrible at.
Score: 16 Votes (Like | Disagree)
Read All Comments