The upcoming changes to the Live Guide were first announced in January, but took several months to launch. 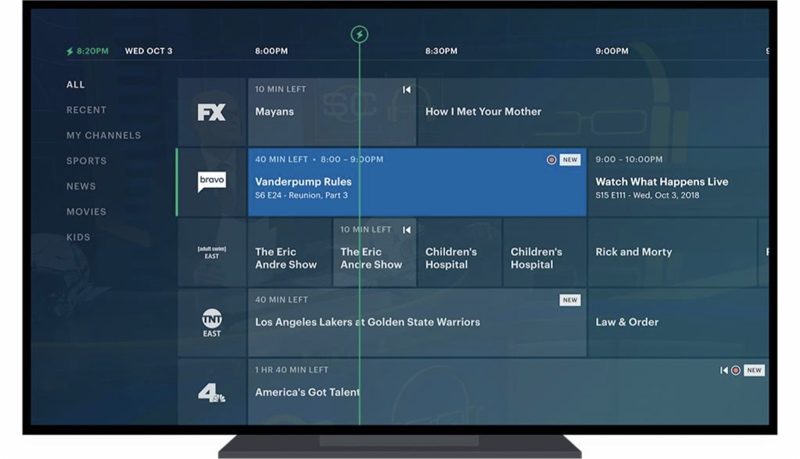 Hulu live TV users can now see what's airing over the course of the next two weeks and can schedule recordings for upcoming tv shows, movies, and games in advance.

There's an option to add content to a "My Channels" list to make it easier to keep track of favorite channels and programs, with the My Channels option available from the Home interface and the Live Guide itself.

Hulu says it's easier to find recommended TV shows and movies from the Home interface, and it's easier to browse through content collections using categories like sports, news, movies, and kids.

Hulu earlier this week also began rolling out an updated version of its mobile app that's designed to make it easier to find content, but the mobile app update does not include the new Live Guide.


We use Hulu live as our only source for live tv and local channels. If you are coming from cable or satellite with a DVR, Id like to welcome you to the world of commercials while watching live tv. We had Directv with a dvr. We could record shows and fast forward through the commercials. Hulu has a dvr feature but good luck with fast forwarding.

FYI, when we signed up we already had Hulu streaming service without commercials and we added live TV. The price they gave us was $44.99 and then after the trial period they let us know that our plan was going to start showing commercials unless we upgraded again to an even more expensive plan that was not even listed when we initially upgraded. Pretty sneaky IMO.
Rating: 1 Votes

ThatGuyInLa
There is nothing that requires a full TV spectrum for me. I am sure this is the same for many others. They finally get web TV off the ground and now it’s moot. You can spend $40-$55 a month on multiple focused services giving you exactly what you want instead of the old scatter shot “airwaves” TV programming. Which is mostly crap now.
Rating: 1 Votes


I have AT&T Watch TV, it is only $15 and it has live channels and on demand streaming. I found it to be a better deal than Hulu TV.

You may also want to check Spectrum Streaming, they have several package levels, from $14, $25 to $45. I think that is better because sometimes you just want the channels that you want and that’s it.

With Att watch I have 35 channels and they are more than I need.
Rating: 1 Votes

mtneer
Good move. Now if only Youtube TV were to get the same idea.
Rating: 1 Votes


Try going without for a few months.

Does Hulu Live TV also provide access to regular Hulu (with or without ads) or is that a separate add-on on top?