Apple hasn't yet released iOS 13, which is still being beta tested, but the company today seeded the first beta of iOS 13.1 and iPadOS 13.1 to developers for testing purposes.

Developers who have downloaded the profile for ‌iOS 13‌ from the developer website will receive the iOS 13.1 beta over the air. 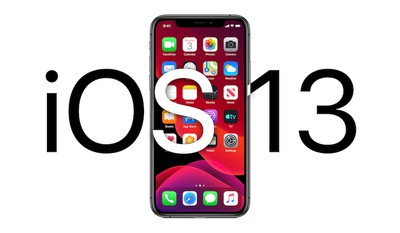 Apple has never before released a point update to an iOS beta ahead of when a new update has launched, so it's not clear if this release of iOS 13.1 is a mistake, or what might specifically be included in the update. While it was originally believed the iOS 13.1 beta was an error, it appears that Apple is indeed testing an iOS 13.1 update that will be released shortly after ‌iOS 13‌.

The iOS 13.1 release notes suggest that the update reintroduces the Automations feature in Shortcuts, and adds other functions that were removed over the course of the ‌iOS 13‌ beta testing period.

Apple has seeded eight betas of ‌iOS 13‌ so far, with the last one having been released on August 21. ‌iOS 13‌ is expected to be released in September alongside new iPhones.

Scottsoapbox
"We're so far ahead, we're even ahead of ourselves." - Apple
Score: 8 Votes (Like | Disagree)

sammy2066
I want to be the first person to go on record (even before my iPhone and iPad have finished updating) to say that this release positively feels 'snappier'. Thank you all. ;)
Score: 7 Votes (Like | Disagree)

addendum: I like how the editors went back and rephrased their headline by removing “mysteriously” *chuckle*
Score: 6 Votes (Like | Disagree)

This GM release is going to be the worst in years. A shame because I really want dark mode.