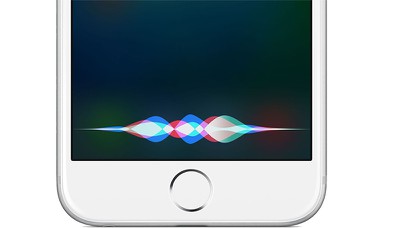 Starting this month, Stasior will lead an artificial intelligence group at Microsoft and will be reporting to Microsoft's chief technology officer, Kevin Scott.

A Ph.D. graduate in computer science from MIT, Stasior was head of Apple's ‌Siri‌ team for seven years, following the departure of ‌Siri‌ co-founders Adam Cheyer and Dag Kittlaus in 2012. Cheyer and Kittlaus had joined Apple when the company originally purchased ‌Siri‌ in 2010, but didn't stay long.

Stasior stepped down from his role as leader of Apple's voice assistant group in February, as part of a restructuring effort by John Giannandrea, Apple's senior vice president of machine learning and AI strategy.

Giannandrea was a prominent Google executive before being hired by Apple last year. With Giannandrea taking over the ‌Siri‌ team, Stasior was said to be stepping away from day-to-day management of ‌Siri‌, yet remaining at the company. However, according to The Information, Stasior cut all ties with Apple in May.

Giannandrea's hiring came amid widespread criticism of ‌Siri‌, which has shortcomings in comparison to AI offerings from the likes of Microsoft, Amazon, and Google. Apple made strides to improve ‌Siri‌ in 2018 under Giannandrea's leadership, with features like ‌Siri‌ Shortcuts in iOS 12.

WalterTizzano
He did such a great job with Siri…
Score: 6 Votes (Like | Disagree)

Maybe he is good at what he does and that the reason for Siri’s poor performance has nothing to do with his choices and all to do with Apple being super restrictive?
Score: 5 Votes (Like | Disagree)

sidewinder3000
I hope that improvements to Siri continue to accelerate the way they have the past year. My #1 request: the ability to teach Siri how you say a word by typing it in and then saying it. So frustrating when I say “pitcher” and Siri dictates “picture”. My #2 request: make internet requests more seamless and robust.
Score: 4 Votes (Like | Disagree)

Optheduim
Good! Old team members of Siri can go and ruin something else.
Score: 3 Votes (Like | Disagree)

I hope that improvements to Siri continue to accelerate the way they have the past year. My #1 request: the ability to teach Siri how you say a word by typing it in and then saying it. So frustrating when I say “pitcher” and Siri dictates “picture”. My #2 request: make internet requests more seamless and robust.

You’ve been able to correct and train Siri for years. Just click the incorrect word and either choose from the list that appears or correctly type/replace the word yourself. Siri learns from this. Been available for years.
Score: 2 Votes (Like | Disagree)

R.P.G
Lol..he is being blamed for restrictions apple has on its development cycles. He deserves a better chance and hope this is the one. Good for him.
Score: 2 Votes (Like | Disagree)
Read All Comments

Monday July 13, 2020 9:31 am PDT by Juli Clover
Apple today shared a funny video focused on the problems that people working from home have to deal with, including noisy children, chaotic schedules, communication issues, and more. The video focuses on showing off Apple products and their capabilities that can be useful when working from home, such as the ability to scan a document with an iPhone, mark up a PDF, Siri Reminders, and more.The...
Read Full Article • 79 comments