Now that we're up to the seventh beta, changes and tweaks are getting much more minor, but there are still a few new things worth noting.

- Folders - Folder backgrounds are once again gray, with changes made in the previous beta reverted. 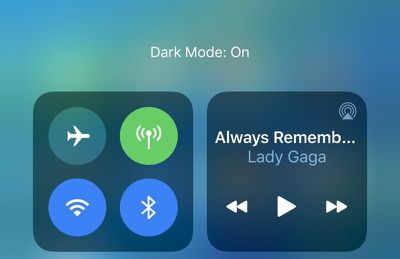 - Deleting Attachments in Messages - You can once again delete photo and other attachments from Messages. In a conversation, tap on the "i" and long press on a photo, link, or document to bring up a menu to delete it.

- Blocked Senders in Mail - There are new options to determine what to do with messages from blocked senders. You can move them to the trash or mark as blocked and leave them in the inbox (the default option).

- All Photos View - When viewing "All ‌Photos‌" in the main ‌Photos‌ tab in iOS 13, ‌Photos‌ are displayed in a grid three across instead of the smaller thumbnails that were available before by default.

- Find My - Notify When Found is now working in the ‌Find My‌ app in this beta. There's also a new "Help a Friend" option in the Me tab that opens up iCloud.com so a friend can locate a lost device.

Also, it's almost 2020, and Mail app still doesn't sync iCloud read status from macOS to iOS. What the hell!! iOS-to-macOS syncs just fine, but not macOS-to-iOS. Get your **** together!
Score: 18 Votes (Like | Disagree)

benshive
What a cute dog :)
Score: 8 Votes (Like | Disagree)

What would this be for, to prevent someone that stole your phone from viewing the photos?

To prevent someone who you show a photo to by handing your phone to them from swiping around too far and seeing your eggplant emoji pics.

Question though from the article: When viewing "All Photos" in the main Photos tab in iOS 13, Photosare displayed in a grid three across instead of the smaller thumbnails that were available before by default.

In this latest beta can you still just pinch two fingers to easily change the size of the thumbnails?
Score: 7 Votes (Like | Disagree)

Question: Does dark mode work on a schedule or via some automatic mode, where during the day when the sun is out, it is in light mode and at evening hours it is in the dark mode? Sorry, not on the betas myself to find this out.

You can have it always on, always off, turn on and off based on sunrise and sunset, or set a custom schedule.
Score: 5 Votes (Like | Disagree)

incorrect. I have had it on a schedule from the first beta.
Score: 5 Votes (Like | Disagree)
Read All Comments

Sunday January 23, 2022 2:59 am PST by Tim Hardwick
Apple has always emphasized the depth of thought that goes into the design of its products. In the foreword to Designed by Apple in California, a photo book released by the company in 2016, Jony Ive explains how Apple strives "to define objects that appear effortless" and "so simple, coherent and inevitable that there could be no rational alternative." But every once in a while even Apple...
Read Full Article • 421 comments

Monday January 24, 2022 9:20 am PST by Juli Clover
AT&T today announced the launch of upgraded AT&T Fiber plans, which support speeds of up to 5 Gigabits for some customers. There are two separate plans, one "2 GIG" plan and one "5 GIG" plan, available to new and existing AT&T Fiber subscribers. According to AT&T, the new plans are available to nearly 5.2 million customers across 70 metro areas including Los Angeles, Atlanta, Chicago, San...
Read Full Article • 217 comments

Monday January 24, 2022 7:12 am PST by Sami Fathi
Three months after their launch, the 14-inch and 16-inch MacBook Pros continue to experience high demand and seemingly short supply, with shipping dates for both models stretching into multiple weeks in several of Apple's key markets. In the United States, the baseline 14-inch MacBook Pro with the M1 Pro chip is estimated to ship in three to four weeks, promising an arrival by at least...
Read Full Article • 187 comments