Update: Corephotonics has filed an additional lawsuit against Apple in August 2019, alleging that the dual-lens camera systems in the iPhone 7 Plus, iPhone 8 Plus, iPhone X, iPhone XS, and iPhone XS Max infringe on 10 of its patents.


Corephotonics, an Israeli maker of dual-lens camera technologies for smartphones, has filed a lawsuit against Apple this week alleging that the iPhone 7 Plus and iPhone 8 Plus infringe upon four of its patents. 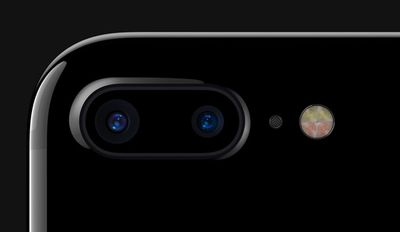 The patents, filed with the U.S. Patent and Trademark Office between November 2013 and June 2016, relate to dual-lens camera technologies appropriate for smartphones, including optical zoom and a mini telephoto lens assembly.

Corephotonics alleges that the two iPhone models copy its patented telephoto lens design, optical zoom method, and a method for intelligently fusing images from the wide-angle and telephoto lenses to improve image quality.

iPhone X isn't listed as an infringing product, despite having a dual-lens camera, perhaps because the device launched just four days ago.

Corephotonics showed off some of its technologies at Mobile World Congress last year. In particular, it demonstrated software capable of combining the images of two separate camera lenses to create a more detailed picture, including the ability to optically zoom up to 5x with no moving parts.


Corephotonics, founded in 2012, describes itself as a pioneer in the development of dual camera technologies for mobile devices. The company's founders, led by Tel Aviv University professor Dr. David Mendlovic, have decades of experience in the fields of optics and miniature digital cameras.

In its complaint, a copy of which was reviewed by MacRumors, Corephotonics said one of its first acts as a company was to contact Apple. Despite receiving "many encouraging reports" and "positive feedback" from the iPhone maker, the companies never reached a license of any kind.

As one of its first acts as a company, Corephotonics reached out to Apple in the hopes of establishing a strategic partnership. Corephotonics received many encouraging reports and positive feedback from Apple about its technology, but the parties never concluded a license to the Corephotonics technology.

Corephotonics said Apple proceeded to release the iPhone 7 Plus with a dual-lens camera in September 2016, and has been willfully infringing upon its patents since that time. Corephotonics says Apple has knowledge of its patents, one of which the iPhone maker allegedly submitted as prior art in a patent application.

Corephotonics even claims Apple's "lead negotiator" said it "would take years and millions of dollars in litigation" before Apple might owe anything.

In fact, after one failed effort to negotiate a license, Apple's lead negotiator expressed contempt for Corephotonics’ patents, telling Dr. Mendlovic and others that even if Apple infringed, it would take years and millions of dollars in litigation before Apple might have to pay something.

It's worth noting that Apple acquired another Israeli camera company, LinX Imaging, back in 2015. LinX also specialized in creating multi-aperture camera equipment for mobile devices, and Apple presumably incorporated some of its technologies into the iPhone 7 Plus and iPhone 8 Plus cameras.

Corephotonics is seeking damages of an amount to be proven in a jury trial, plus permanent injunctive relief. The complaint was filed with a U.S. District Court in Northern California, where Apple is headquartered.

coolfactor
Okay wait.... so there were two competing Israeli companies with the same idea (patent protection, anyone?), Apple bought the second one, and now the first one is crying? Gotcha.
Score: 39 Votes (Like | Disagree)

Yeah, definitely not a patent troll in this case.
Score: 26 Votes (Like | Disagree)

The company's founders, led by Tel Aviv University professor Dr. David Mendlovic, allegedly have decades of experience in the fields of optics and miniature digital cameras.

MR is enamored with the word "alleged" to the point of comical misuse. Nothing about Mendlovic's experience is "alleged." According to the company web site:

Prof. David Mendlovic holds B.Sc. and Ph.D. degrees in Electrical Engineering from Tel Aviv University followed by a MINERVA post-doc fellowship. He is currently a Tel Aviv University full professor of electro-optics. He has authored more than 200 technical articles and 3 book chapters and is the holder of more than 40 patents, all of which have been commercialized. Prof. Mendlovic is the 1998 winner of the ICO (International Commission of Optics) Award. During the past decade, he led various commercial and business development activities. Two of his patents became worldwide technology standards (fibers for medical internal operations and long range barcode scanners commercialized by Symbol Technologies). He is a founder of successful opto-electronics startup companies, including Civcom and Eyesquad, and served as their CEO. After Eyesquad was acquired by Tessera, he became the General Manager of Tessera Israel and later the General Manager of Tessera’s Image Enhancement Division. Prof. Mendlovic also served a term as the Chief Scientist of the Israeli Ministry of Science.
Score: 21 Votes (Like | Disagree)

There's nothing new about this concept. When DSLR cameras were low resolution in the early 2000's I'd take a wide shot and then switch lenses and move in closer to take photos I'd eventually stitch together for a larger MP image.