Apple subsidiary FileMaker today announced it has returned to its original name Claris from the late 1980s. 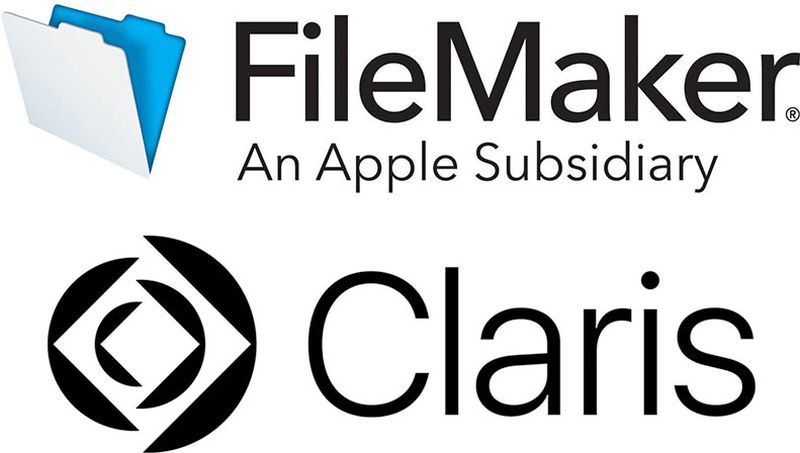 Claris was spun off as an Apple subsidiary in 1986 while John Sculley was Apple CEO. At the time, it was known for several programs such as MacWrite, MacPaint, MacDraw, and FileMaker, but the company eventually began to focus solely on FileMaker, leading it to be renamed FileMaker in 1998.

Now, the company plans to expand its portfolio again, leading it to readopt the Claris name. FileMaker Pro will remain one of its offerings.

The rename coincides with FileMaker acquiring Italian startup Stamplay and renaming it Claris Connect. The API-based development platform enables users to build workflows that connect cloud services, including Dropbox, Slack, Salesforce, and more. In March, it was reported that Apple had acquired Stamplay.

Zoboomafoo
Just give us the dogcow.
Rating: 17 Votes

Ah, but the dogcow was Clarus, not Claris...
Rating: 6 Votes


Claris Works, the software you used if you couldn’t afford anything better... But yes please to HyperCard!
Rating: 5 Votes

HyperCard was one of the biggest missed opportunities of the '90s. A proper 3.0 release would have been revolutionary.
Rating: 4 Votes


Great ideas both. ClarisWorks was waaaay ahead of its time.

Imagine ClarisWorks integrated with a cloud-enabled mash-up of HyperCard and Workflow.

Kabeyun
I was just hit full on with a wave of nostalgia.
Rating: 3 Votes
[ Read All Comments ]