Following Apple's decision last week to suspend a Siri program that allows employees to listen to audio recordings for quality control purposes, Amazon and Google have both chosen to make their policies on human reviews of voice assistant audio more clear. 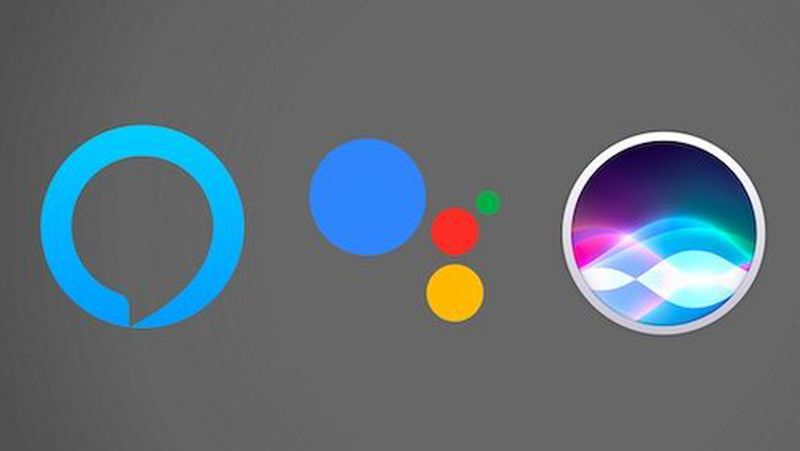 To allay privacy concerns, Apple said it was temporarily stopping the program while it reviewed the process that's currently used. It also said it plans to release a software update that will let ‌Siri‌ users opt out.

On Friday, Google said it had also suspended its policy of reviewing Google Assistant audio. The company actually suspended the practice across the EU on July 10 when a German privacy regulator started investigating it following a Belgian media report, but this is the first time Google has confirmed the fact publicly.

According to Bloomberg, Amazon will let Alexa users opt out of human review of their voice recordings. The new policy took effect Friday, and adds an option in the settings menu of the Alexa mobile app for removing recordings from analysis by Amazon employees.

All of the tech companies employ staff to review a small subset of voice recordings while claiming to anonymize the source. For example, Google distorts the recording before it is listened to, so as to disguise the user's voice, while Apple strips them of identifiable information and assigns each one a random device identifier.

However, Bloomberg revealed that some of Amazon's audio reviewers had access to the home addresses of Amazon customers, before the company moved to restrict the level of access. Many members of the public were unaware the practice even existed until Bloomberg reported on it earlier this year.

Where’s Microsoft on this? Reporters should go ask them if they have human reviewers.

Wiesenlooser
I really wonder whether they don’t think this through. Surely they must know people would find this creepy, right? Otherwise - what is wrong with them?

Second option is that they bank on people not finding it out. That to me is the definition of evil. Knowing you do something wrong but hoping you don’t get caught.

Either way - this demonstrates something is really wrong at Silicon Valley culturally. Yes - people want their devices to become better. But not at any cost.
Score: 9 Votes (Like | Disagree)

Makes me want to get rid of these devices altogether. Not just bc they do it but mostly bc they hid it and didn't own up to it until after. What else are they doing... I wonder.

Apple’s behavior seems just as corrupt as the NSA mass surveillance scandal— when the director of national intelligence said the US doesn’t record US citizens.
Score: 5 Votes (Like | Disagree)

shpankey
Makes me want to get rid of these devices altogether. Not just bc they do it but mostly bc they hid it and didn't own up to it until after. What else are they doing... I wonder.
Score: 4 Votes (Like | Disagree)

I really wonder whether they don’t think this through. Surely they must know people would find this creepy, right? Otherwise - what is wrong with them?

Second option is that they bank on people not finding it out. That to me is the definition of evil. Knowing you do something wrong but hoping you don’t get caught.

Either way - this demonstrates something is really wrong at Silicon Valley culturally. Yes - people want their devices to become better. But not at any cost.

Not sure about google but Apple said a long time back that there was human review of some Siri requests so they could improve accuracy. I don’t find it creepy at all. I’m pretty sure it is anonymous data anyway. The person reviewing doesn’t know that John Jones asked Siri for directions to the nearest brothel. They just know that someone somewhere asked for directions to the nearest brothel and Siri probably responded with the weather or something. Lol.
Score: 3 Votes (Like | Disagree)

Jyby
Where’s Microsoft on this? Reporters should go ask them if they have human reviewers.

Monday May 25, 2020 2:53 am PDT by Tim Hardwick
Apple is reportedly looking to integrate light sensors in a new model of AirPods in the next couple of years, according to a new report today, suggesting their use could be part of rumored upcoming health monitoring features in the true wireless earbuds. In a paywalled article, DigiTimes reports that ASE Technology could be involved in manufacturing the sensors: Apple is expected to...
Read Full Article • 25 comments