Apple's highly anticipated launch of Apple Card is on schedule and will launch in the U.S. in just a few weeks, reports Bloomberg this morning. 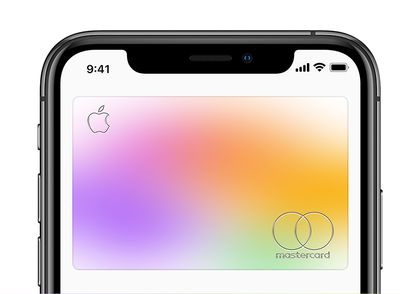 The Apple Card is targeted to launch as early as the first half of August. That timing means the project is on schedule for the summer release date that Apple first announced in March.

According to the report, iPhone users will be able to sign up for the card in the Wallet app, which will have built-in ‌Apple Card‌ support as part of the latest iOS 12.4 update.

Apple is partnering with Goldman Sachs for the card, which is going to be optimized for Apple Pay but will still work like a traditional credit card for all of your transactions. Apple's virtual credit card will also be available as a physical titanium card for use at merchants that don't accept ‌Apple Pay‌.

According to today's report, Apple expressed misgivings in May about the underlying technology Goldman Sachs had developed to power the credit card, and Apple asked the bank for changes to be made.

However, ‌Apple Card‌'s summer launch still appears to be on track, so Goldman Sachs presumably allayed Apple's concerns in time. The bank is responsible for the underlying infrastructure, managing payment disputes, handling transaction data and collating information for monthly statements.

According to Apple, signing up for ‌Apple Card‌ will be as simple as opening up the Wallet app, tapping on the ‌Apple Card‌ interface, and walking through the activation steps. Purchases are tracked in the Wallet app, providing a breakdown of spending across different categories like health, food, shopping, and more.

Bloomberg says Apple has also been discussing an expansion into Europe with financial regulators.

For a look at the ‌Apple Card‌ and what to expect when it launches, make sure to check out our dedicated Apple Card guide.

“Highly anticipated”? By who?

Why can’t people be excited about anything? What if someone buys a lot of stuff from Apple and really likes the concept of this card? We know there are hundreds of credit cards out there.

Let people enjoy things. There are several reasons why people want this card and it is definitely highly anticipated by many people.
Score: 13 Votes (Like | Disagree)

1. Why did Apple need Goldman Sachs and Mastercard to make this card? 2. Do you think it would be Apple’s long-term goal to not need either of those companies for the function of this Apple credit card?

a lot of reasons. Infrastructure and antitrust regulations are probably the top two.

it’s the same reasons that an amazon card goes through another bank.
Score: 13 Votes (Like | Disagree)

macmyworld
“Highly anticipated”? By who?

1. Why did Apple need Goldman Sachs and Mastercard to make this card? 2. Do you think it would be Apple’s long-term goal to not need either of those companies for the function of this Apple credit card?

My guess is that Goldman Sachs is the least established of all the options. This allows Apple to have the leverage in negotiations and get more favourable terms.

And for the long term, I won’t be surprised if Apple goes from simply having a credit card to playing a key part in the country’s financial infrastructure.

The people who underrate Apple do so to their own detriment.
Score: 8 Votes (Like | Disagree)

Nullified
Amazing how people only seem to focus on its just a CCard or its average rewards.. personally id be interested in this even with no rewards... the security of it alone is all i care about. Ive had a waitress steal my card info before, with this i can hand it over at a restaurant and not worry about them copying the info. And i dont have to worry about using my card online or swiping at stores. I like the feature to get a new number at the press of a button.
Just seems more interesting to me than the rewards are.
Score: 6 Votes (Like | Disagree)
Read All Comments

Wednesday January 26, 2022 8:56 am PST by Joe Rossignol
Benchmark results have started to surface for MSI's new GE76 Raider, one of the first laptops to be powered by Intel's new 12th-generation Core i9 processor. Intel previously said that its new high-end Core i9 processor is faster than Apple's M1 Max chip in the 16-inch MacBook Pro and, as noted by Macworld, early Geekbench 5 results do appear to confirm this claim, but there are several...
Read Full Article • 291 comments