Monday July 22, 2019 8:19 am PDT by Joe Rossignol
In a profile of Apple's operations chief Jeff Williams, Bloomberg's Mark Gurman has revealed some interesting anecdotes about development of the Apple Watch, which Williams has reportedly overseen since 2013. 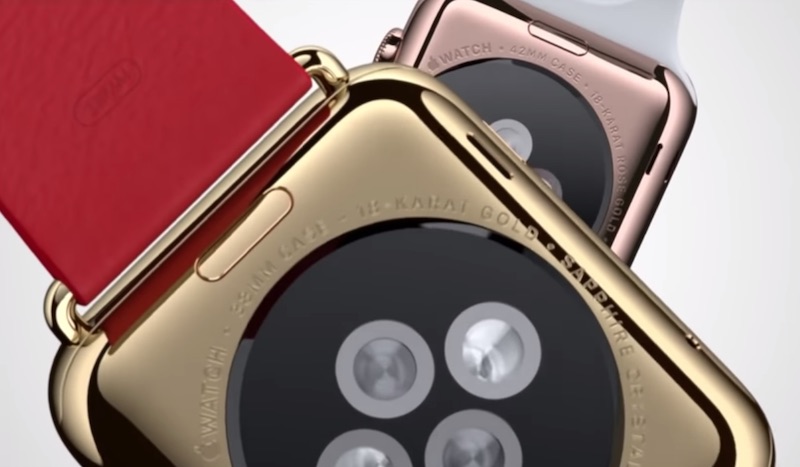 Months before the ‌Apple Watch‌ launched in 2015, for example, the report claims some employees testing the device began having allergic reactions to the type of nickel used in its casing, leading Williams to make the decision to scrap thousands of already-produced units and restart manufacturing with a different kind of nickel.

The amount of nickel eventually included in select ‌Apple Watch‌ models and bands falls below restrictions set by the European Union, according to Apple:

‌Apple Watch‌ models with a stainless steel or an aluminum case, the stainless steel portions of some ‌Apple Watch‌ bands, the metallic portions of the Hermès bands, and the magnets in the watch and bands, each contain some nickel. However, they all fall below the strict nickel restrictions set by European REACH regulation. Therefore, while nickel exposure is unlikely to be a problem, you should be aware of the possibility in case you're susceptible to nickel-related reactions.

The report claims employees also noticed that the ‌Apple Watch‌'s Taptic Engine was prone to long-term failure from corrosion. In that case, Williams decided to give those few thousand watches to employees, according to Gurman.

As for the $10,000-plus, 18-karat gold ‌Apple Watch‌ Edition, the report claims Apple's sales were "in the low tens of thousands" of units, with "few after the first two weeks." The line was discontinued in September 2016 after just 16 months and, humorously, the gold models are now stuck on watchOS 4 and below.

Williams now oversees the development of all Apple hardware products, according to the report, and he is widely considered a frontrunner to succeed Tim Cook as CEO when the time comes — the two share similar backgrounds and mannerisms.

costeta
Apparently no one wants to spend $10,000 on a watch that’ll be obsolete in 2 years. I’m surprised
Rating: 60 Votes

kemal
If you had purchased a gold Rolex, or equivalent, in 2015, it would still run the most current operating system. That is, provided you still have your index finger and thumb.
Rating: 32 Votes

az431
Tens of thousands of units sold is actually quite a high number given the price point. That implies at least $200 million in revenue.
Rating: 27 Votes

Rogifan
What’s with the click-bait? I thought MacRumors was better than this.

Newsflash: Apple didn’t produce the gold Watch with the expectation of selling a ton of them. Heck they didn’t even talk about it on stage and never marketed it on Apple’s website. But getting it in the pages of Vogue magazine and on the wrists of a few celebrities probably didn’t hurt from a brand standpoint. Just put it down as a marketing expense.
Rating: 21 Votes

cardfan
I remember the apple cheerleaders when this gold watch was announced. "The celebs and rich will eat this up..you just don't understand" "You're not the target." The Mac Pro disease took over.
Rating: 14 Votes

My sister still has an original AW that I gave her and wears it every day. It is not obsolete.
Rating: 14 Votes


"no one" is a gross misstatement. You can reasonably argue that it was not a mind blowing success due to the price point, but "tens of thousands" is not anywhere close to "no one"
Rating: 13 Votes

truthertech
The article implies that the gold Apple Watch was a flop, which is a view held by those who don't understand how marketing works. Quite apart from a failure, it was a smashing success because the point was never to sell a large quantity of gold watches, but rather to generate a huge buzz and draw attention to how the Apple Watch was in a very different category than the rest of the smart watch market, including that it could be a high fashion accessory depending on the bands, etc., you chose. Ingenious. All of that was achieved, and that initial introduction kick started the Apple Watch into the tremendous success it is today where it essentially owns the smart watch category.
Rating: 12 Votes

JosephAW
They should have offered a gold plated version for less.

I imagine most of the units sold were internal.

At that price Apple should offer free logic board replacements to bring it up to series 3 or 4.
Rating: 12 Votes

Months before the Apple Watch launched in 2015, for example, the report claims some employees testing the device began having allergic reactions to the type of nickel used in its casing, leading Williams to make the decision to scrap thousands of already-produced units and restart manufacturing with a different kind of nickel.


We need more of this line of thought, and less of what let the MB/MBP keyboard nonsense go on for as long as it has.
Rating: 9 Votes