Jack Dorsey, CEO of Twitter and Square, visited Apple headquarters on Tuesday to give a talk to employees, according to a report by Bloomberg. 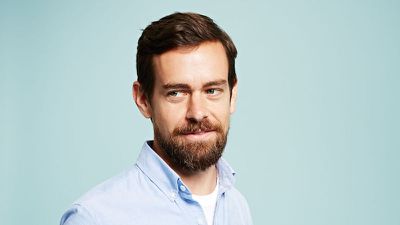 The billionaire's address at Apple is said to be one of several speakers talking to select Apple staff as part of an ongoing series.

Dorsey reportedly spoke with employees from the marketing department, and while the address may highlight shared principles, it's not thought to be suggestive of a new collaboration between Dorsey's companies and Apple.

While the address itself didn't point to a new partnership between Dorsey's companies and Apple, it was indicative of their bond and existing collaboration. Apple promoted Twitter as an iOS app coming to the Mac this fall, and the social media service is deeply integrated into both the iPhone and iPad. Apple was also among the first retailers to sell Square's now-common credit-card reader.

As Bloomberg notes, Apple teased that Twitter would be one of the first companies to exploit its new Project Catalyst technology that makes it easier for developers to bring iPad applications to the Mac. Strictly speaking though, the Twitter app for iPhone and ‌iPad‌ is currently no more integrated than any other third-party iOS app.

Apple's mobile OS did used to include built-in support for Twitter, but the integration was removed in 2017 with the release of iOS 11 –– perhaps in anticipation of Apple's upcoming privacy-focused login feature, Sign In with Apple. Twitter has since relied on iOS shared extensions just like all the other social networks it competes with.


Dorsey supported Apple in its 2016 feud with the FBI over ‌iPhone‌ access.
That said, Dorsey and Apple clearly enjoy a close bond, so maybe his association with the tech giant is one to watch for the future.
Tag: Twitter
18 comments

TheFluffyDuck
All these companies really are of one mind set, the silicon valley bubble. All the emphasis on "security" is a bit of a distraction, when the biggest security concern to your account doesn't come from outside, but from within these companies cutting you off for violating their terms of services which is increasingly biased towards the views of the radical left.
Score: 9 Votes (Like | Disagree)

crawfish963
One of the “bad guys” of Silicon Valley. Twitter has truly descended into a mess.
Score: 9 Votes (Like | Disagree)

Koodauw
I think Jack should worry about stopping the bots on twitter before giving speeches to The Apple Marketing Dept.
Score: 7 Votes (Like | Disagree)

Mac Fly (film)
Twitter should return to its roots and re-simplify their idea. The service is very messy now and I no longer care to understand all its complexities. They should also come up with a sensible solution to public conversions and threaded Tweet groups on its platform, to visually explain what we’re looking at without all the confusion. And I sometimes message companies and then cannot find my message, what’s up with that? That’s no good for anyone.
Score: 5 Votes (Like | Disagree)

Smith288
Jack is an imbecile ruining a once very simple and handy service. Now it's moderated irregularly and with bias.
Score: 2 Votes (Like | Disagree)

jamisonbaines
13 replies and not a single gif. You guys aren't even gonna show up on my twitter feed.
Score: 1 Votes (Like | Disagree)
Read All Comments