Powerbeats Pro Now Available to Order in Over 20 Additional Countries

Apple today began accepting Powerbeats Pro orders in over 20 additional countries, including many in Europe. 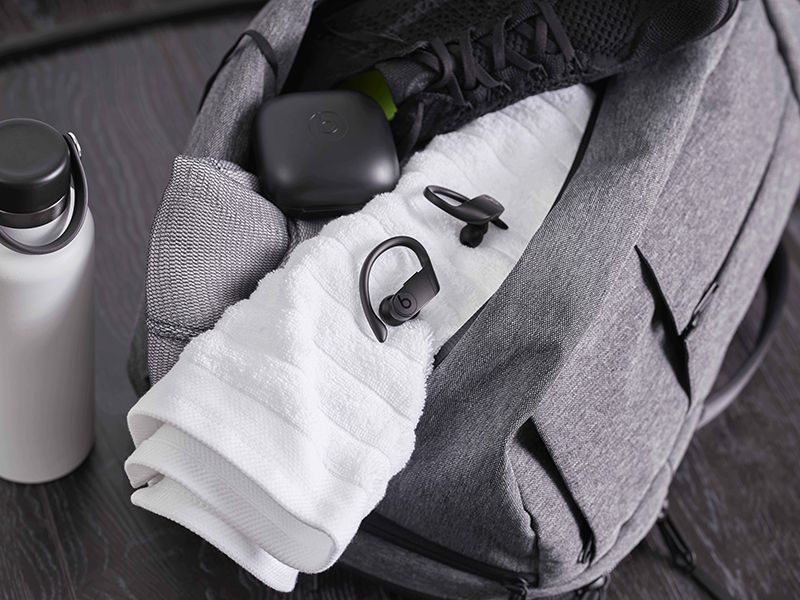 As in other countries, the headphones are only available in black at launch. Ivory, moss, and navy colors will be released later this year.

‌Powerbeats Pro‌ first launched in the United States and Canada in early May, followed by the United Kingdom, France, Germany, Australia, and China later in the month. The headphones have faced tight availability, with orders placed today estimated for delivery in between 10 and 20 days in many countries.

Like the Powerbeats3, the ‌Powerbeats Pro‌ feature adjustable, secure-fit ear hooks and earbud tips with four size options. They're essentially sportier ‌AirPods‌, complete with a durable design and sweat resistance. They'll last up to nine hours per charge, with more battery life via an included charging case.

WRChris
I love my black ones. Just waiting for the white version for the mrs.
Score: 3 Votes (Like | Disagree)

mv24
Had Powerbeats Pro for over a month now and can draw some conclusions.

Sound quality: varies depending on a source. For example, on iPhone as conversation progresses quality gets worst to the degree when headphones have to be disconnected to carry conversation still 100% charged. Seems some driver issues.

The base: it is too big to put in your pocket, but still small enough to be easily lost - I've already lost the original one - the replacement will leave you $99 short and that if you lucky Apple store will have it. Apparently stores are not ready for this product fully yet and in my case had only one base in their repair shop [lucky me].

Headphone anatomy: describing just my particular case. The "around ear" plastic spring is far from the optimal (for me) and headphones do get pulled out from its place and need periodic adjustment. I wouldn't go for a run wearing them due to high risk of them becoming loose and eventually dropped.

Positive: they are truly water resistant. At least survived one accidental ocean water splash with no downside.

Conclusion: not worthy the price, nor by function, no by quality. Over the ear kind from good brand would deliver more enjoyable experience.
Score: 3 Votes (Like | Disagree)

BoricuaHec01
Just got my pair couple days ago, couldn't be happier. Upgraded from Powerbeats 3, no comparison.
Score: 3 Votes (Like | Disagree)

ryanwarsaw
Good news. The margins on them must be phenomenal. Beats was such a killer acquisition.
Score: 1 Votes (Like | Disagree)

iName
When will they launch the other colors?
Score: 1 Votes (Like | Disagree)
Read All Comments

Friday May 22, 2020 3:58 pm PDT by Juli Clover
An app bug is causing some iOS users to be unable to open their apps, with affected iPhone and iPad users seeing the message "This app is no longer shared with you" when attempting to access an app. There are multiple complaints about the issue on the MacRumors forums and on Twitter from users who are running into problems. A MacRumors reader describes the issue:Is anyone else experiencing...
Read Full Article • 125 comments

Friday May 22, 2020 4:01 am PDT by Tim Hardwick
Former Apple executive and iOS chief Scott Forstall made a rare public appearance this week at Code.org's virtual Code Break event, and in between classes, Forstall shared the intriguing story of how he was hired by Steve Jobs. Forstall revealed that he had been considering working at Microsoft when he went to interview at NexT, the company started by Jobs after he had left Apple. Forstall...
Read Full Article • 136 comments