Apple this week received FCC approval for an unreleased MacBook Pro with a model number of A2159, which is one of the model numbers that was recently registered with the Eurasian Economic Commission.

In the FCC documentation, Apple specifies that the unreleased A2159 machine is a MacBook Pro, which is curious as the MacBook Pro already received a 2019 refresh in May. 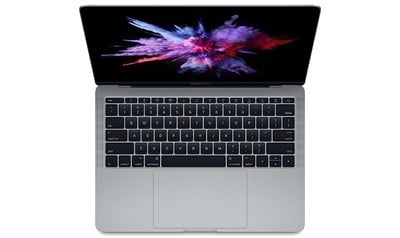 A2159 is a model that was not included in the May update, and it's not entirely clear what it is. As a Reddit user points out, the back of the machine says that it's rated at 20.3V - 3A Max, which is equivalent to 61W, perhaps suggesting a refreshed 13-inch MacBook Pro.

From the FCC filing
There's a possibility that Apple is planning to launch an updated 13-inch MacBook Pro without a Touch Bar, which is one of the machines that did not receive a May update. The non-Touch Bar 13-inch MacBook Pro has not seen a refresh since 2017.

Apple is also said to be developing a 16-inch MacBook Pro that features a new design and larger display perhaps enabled through slimmer bezels, though it's not clear if that is the machine outlined in the FCC document given the power information specified.

A mockup of what a 16-inch MacBook Pro might look like
FCC approvals tend to be published right when a new machine launches, so we could see the A2159 MacBook Pro model quite soon.

Update: The FCC has pulled all of the documentation on the new A2159 machine.

tongxinshe
Touchbar is purely a gimmick, no benefit whatsoever, with a large hike in cost/price, should have never been introduced.
Score: 32 Votes (Like | Disagree)

But the Touch Bar does not remove any functionality that didn't exist before with the physical keys.
I do agree that taking your eyes off the screen can be adjustment, and maybe that's where the disconnect is for people? You need to "look at the keyboard" when touch-typing is meant to avoid that?

You act as though having to look down at your keyboard to use it merely "an adjustment." It's a major regression, not to mention what I already pointed out: the touchbar goes to sleep, so you have to tap it gingerly somewhere to wake it up, THEN peer at it to poke at it... to step over a line of code.

So yes, it DOES take away function. Not to mention the fact that it should be an OPTION. Why is Apple forcing an emoji bar on so-called "pro" users?
Score: 28 Votes (Like | Disagree)

JetTester
Touchbar no, butterfly keyboard no, I’m a buyer.
Score: 23 Votes (Like | Disagree)

BWhaler
Please, please, please, No butterfly keyboard. We don’t care what promises you make this time around that now you’ve fixed that junker. You’ve said that too many years in a row.

I’d like an updated no-touchbar MBP 13. Touchbar is a terrible addition to an even worse keyboard.
Score: 22 Votes (Like | Disagree)

MobiusStrip
The emoji bar is an embarrassing gimmick that's worse than useless; it deletes a dozen USEFUL keys and replaces them with a featureless strip that goes to sleep. So even if you set it to show function keys all the time, you have to wake it up if you want to press one. Craven stupidity, and insulting on a "pro" computer.

And to add further insult: There's still no real Delete key on Apple's laptops, and you can't even add one to the emoji bar. WTF?

What is wrong at Apple to result in this perpetual state of incompetence in regard to HIDs? Hideously defective keyboards, laughably incompetent mice, and even the trackpads are now way too big... constantly in contact with the heels of your hands and working overtime (and not always successfully) to filter out spurious touches.

Oh... and again, we pay a penalty for the incompetently giant trackpad while Apple fails to provide what would be an obvious benefit: making the Pencil work on it!
Score: 21 Votes (Like | Disagree)

Touchbar is purely a gimmick, no benefit whatsoever, with a large hike in cost/price, should have never been introduced.

the touchbar is a great thing, that they completely half assed and stopped improving.
Score: 18 Votes (Like | Disagree)
Read All Comments

Friday June 18, 2021 9:41 am PDT by Sami Fathi
After a long wait, YouTube for iOS is officially gaining picture-in-picture support, allowing all users, non-premium and premium subscribers, to close the YouTube app and continue watching their video in a small pop-up window. In a statement to MacRumors, YouTube says that picture-in-picture is currently rolling out to all premium subscribers on iOS and that a larger rollout to all US iOS...
Read Full Article • 142 comments

Friday June 18, 2021 2:06 am PDT by Sami Fathi
Intel may see its market share fall to a new low next year, in large part thanks to Apple's decision to move away from using Intel processors in its Mac computers and instead use Apple silicon. Apple announced last year that it would embark on a two-year-long journey to transition all of its Mac computers, both desktops, and laptops, to use its own in-house processors. Apple is expected to...
Read Full Article • 154 comments

Friday June 18, 2021 6:59 am PDT by Sami Fathi
Apple supplier TSMC is preparing to produce 3nm chips in the second half of 2022, and in the coming months, the supplier will begin production of 4nm chips, according to a new report from DigiTimes. Apple had previously booked the initial capacity of TSMC's 4nm chip production for future Macs and more recently ordered TSMC to begin production of the A15 chip for the upcoming iPhone 13,...
Read Full Article • 120 comments