Following Apple's surprise announcement yesterday that Jony Ive is leaving the company, fresh details have emerged about the design chief's day-to-day involvement at Apple in recent years that suggest his exit has been a long time in the making. 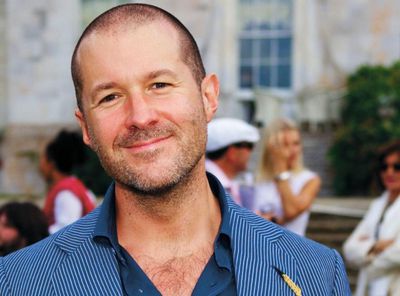 Bloomberg's Mark Gurman reports that after the Apple Watch launched in 2015, Ive had already started relinquishing his responsibilities because of the strain it was putting on him personally.

Around the time, Ive told the New Yorker he'd become "deeply, deeply tired," and said the year leading up to the Apple Watch debut was "the most difficult" since he joined Apple.

To extend his time at the company, Apple subsequently agreed to change his official role to Chief Design Officer, which allowed day-to-day responsibility of the hardware and software design teams to shift to executives Alan Dye and Richard Howarth.

From then onward, Ive began coming to Apple headquarters "as little as twice a week," and many meetings with his design team reportedly took place in San Francisco so Ive could avoid the long commute from his home in the Pacific Heights district to Apple's HQ in Cupertino, California.

Ive sometimes even met with his team at the homes of his employees, at hotels, or other venues, according to people familiar with the matter, while the design executive did much of his work at a San Francisco office and studio, which has now become the base of his new LoveFrom business.

Ive also frequently travelled to London, near to where he was raised, according to Bloomberg's Gurman.

About two years into his new role, at the end of 2017, Apple said Ive had re-assumed some of the leadership responsibilities he had previously given up, and Howarth and Dye were removed from Apple's leadership page. But still Ive only came to the office a couple of days a week.

Some people familiar with Apple are worried about the new design leadership, reports Gurman. With Ive leaving, longtime Apple designer Evans Hankey will run the hardware design group. Hankey, who has more than 300 patents to her name, is described as a "great team leader", yet one person familiar with the design team told Gurman that Apple "now lacks a true design brain on its executive team, which is a concern."

Hankey and Dye will report to Chief Operating Officer Jeff Williams, who will likely gain more control over product direction, and some employees are also said to be concerned that the re-organization is another sign that Apple is less design-focused and becoming more of an operations company.

"The design team is made up of the most creative people, but now there is an operations barrier that wasn't there before," one former Apple executive said. "People are scared to be innovative."

Howarth is a designer at heart and didn’t want to manage. Hankey is known as a better manager, but isn’t a designer. The entire group of designers has reported to her and she to Ive after Howarth was demoted from VP a couple years ago. The org structure isn’t actually changing. https://t.co/oSxLRFUkkf — Mark Gurman (@markgurman) June 28, 2019

As for the fate of Richard Howarth, Gurman tweeted that he didn't want to manage the design team, whereas "Hankey is known as a better manager, but isn't a designer." The entire group of designers has been reporting to Hankey, "and she to Ive after Howarth was demoted from VP a couple years ago," said Gurman. "The [organizational] structure isn't actually changing."
Tag: Jony Ive
[ 301 comments ]

IPPlanMan
The butterfly keyboard is the surest sign he started phoning it in long ago. Showing up twice a week? No wonder this crap happens.

He gets paid too much to get any sympathy from me. This is a man who will never have to worry about having enough money for whatever he wants or doing a job that he loves.

BriSpe
Ooooh poor thing...the money bag was too heavy I guess. And what exactly made him tired? The years and years of same design for the iPhone and Mac lineup? Or changing the colour theme in iOS? Without someone like Steve Jobs pushing him he's just overrated as hell right now.
Score: 52 Votes (Like | Disagree)

ghostwriter
Am I the only one who's not surprised by this? Ive is at his core, a designer. His reduced role at Apple these past few years is reflected in their products. Innovation has been absent since Steve's passing and now I fear design has also left the building. Apple has changed and not for the better.
Score: 51 Votes (Like | Disagree)

Lerxt
Sound like a lot of people here are jealous of Ive’s success and money.
Score: 38 Votes (Like | Disagree)

From then onward, Ive began coming to Apple headquarters "as little as twice a week"

Behold the genesis of the "butterfly" keyboard.
Score: 38 Votes (Like | Disagree)

iRutherford
I'm so tired, tired, tired of my job and the constant childish politics but can't leave because I have bills to pay. Wish I could be tired like Ive and not come to work whenever the eff I want to and complain all day for presenting the same damn designs for years on end while keeping millions of dollars to myself.
Score: 32 Votes (Like | Disagree)
Read All Comments

Saturday May 21, 2022 9:00 am PDT by Hartley Charlton
With around four months to go before Apple is expected to unveil the iPhone 14 lineup, the overwhelming majority of rumors related to the new devices so far have focused on the iPhone 14 Pro, rather than the standard iPhone 14 – leading to questions about how different the iPhone 14 will actually be from its predecessor, the iPhone 13. The iPhone 14 Pro and iPhone 14 Pro Max are expected...
Read Full Article • 368 comments