As part of its iOS 13 unveiling today at WWDC, Apple announced what it called "the biggest update to CarPlay yet." 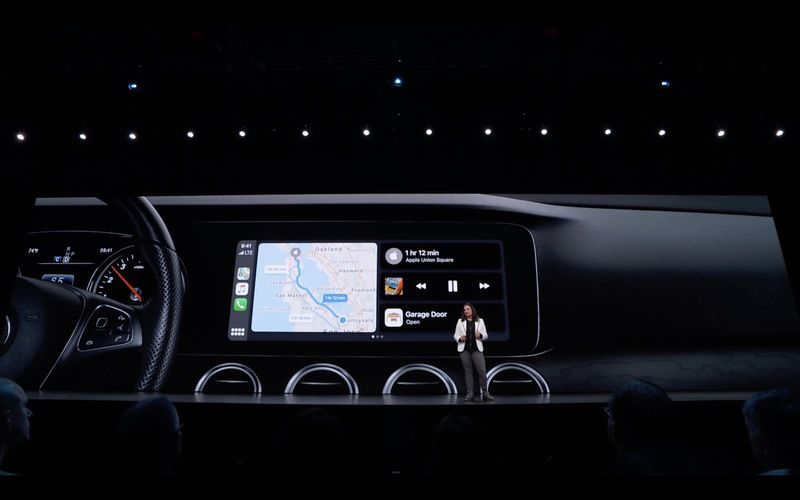 The new version of ‌CarPlay‌ will feature a new interactive dashboard to view music, maps and more in a single view. It also includes a new, more advanced in-vehicle version of Apple Maps.

The Calendar and Music apps have also been redesigned to improve the user experience, while Siri will be able to deliver directions and music from third-party apps like Pandora and Waze.

Just update your iPhone to iOS 13 and you are all set
Rating: 5 Votes

Interesting. So the CarPlay-enabled cars don't ever get firmware or software (updates)?

They can get those from the manufacturer, but those would essentially be separate/different from CarPlay itself that comes from and gets updated via iOS.
Rating: 2 Votes

mattopotamus
I’m downloading the beta just for this!
Rating: 2 Votes

I’m downloading the beta just for this!

Why? 3rd Party apps won't support it until the official launch in September.
Rating: 2 Votes


Your car has some software installed to be CarPlay compatible, but the updates and actual CarPlay software is in iOS. All you have to do to update CarPlay is use the latest iOS on your connected device.
Rating: 2 Votes

jmh600cbr
most importantly is homekit notification - until now i couldn't open my garage through carplay
Rating: 2 Votes

I stand corrected...although, others on here stated it was not that way. I wonder if something has changed or they just didn't know what they were doing?

Can someone on here verify and post a screen shot.

That first pic with Google Maps looks like Apple Maps, doesn't it? Even the University symbol, while they are similar, looks like the Apple Maps one...even the color.

I've just done some more digging, and it appears that the link above, where I got the photo and where the author claimed that Google Maps WAS now working with Dashboard, was showing photos and comments from a reddit thread, though I didn't see any attribution in that post.

(i found that reddit post with my own googling on this subject in general, which I began doing and writing up before you posted your last post. I was searching for this because I found another MacRumor thread where people claimed it wasn't working, like you mentioned)

AND later in that original Reddit thread ('https://www.iphoneincanada.ca/news/carplay-ios-13-homescreen-dynamic-layouts/') the author realizes that its NOT working with google maps showing on the dashboard.

What the photo is showing is the Google Maps ICON, and the Apple Maps MAP. (Like you said in your post above) Presumably that inconsistency will be cleared up in future releases, and the feature probably does require an update to third party map Apps. The now playing music widget might actually be working now for third party music apps.

I believe the misinformation came from an honest mistake on the part of the original poster. Sorry for the erroneous post.
Rating: 1 Votes

Do we need a super wide display as show in the WWDC keynote to get this extra view?


I imagine it will be somewhat adaptive.
Rating: 1 Votes

GigabitEthernet
I wonder if Spotify will actually make their app work on the new version of CarPlay? The current one is buggy as hell.
Rating: 1 Votes

Not a silly question at all. CarPlay did not need to be updated in my car. The new version just worked. It is still in early Beta, I would not recommend it for most at this point.
[doublepost=1559649961][/doublepost]

Do we need a super wide display as show in the WWDC keynote to get this extra view?

Will I be able to navigate my music while driving instead of it being crippled to recently played, and I end up grabbing my iPhone anyways which defeats the purpose???

Not sure I understand your issues. You should always be capable of navigating your music using CarPlay. I would only recommend using the steering wheel controls to skip, repeat, change volume while you are actively driving. Navigating CarPlay menus should be done by passenger or while pulled over in a safe spot.
Rating: 1 Votes
[ Read All Comments ]