In a report covering apps that are tracking kids and sending data to companies like Facebook and Google, The Wall Street Journal's Joanna Stern says that Apple is planning to limit third-party tracking in apps that are in the Kids section of the App Store.

The site says that a "person familiar with the matter" shared the info on the upcoming feature, though Apple declined to comment. 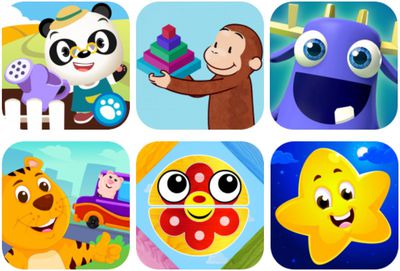 In fact, Apple will limit third-party tracking in apps in the Kids category of the App Store, according to a person familiar with the matter. Apple declined to comment on this, but a spokeswoman provided a statement:

"For privacy and security reasons, Apple does not see what data users choose to share with developers and we can't see what developers do on their servers."

In the piece, Stern mentions an iOS app for kids called Curious World that she found was tracking her son, collecting data that included age, name, and books he tapped on, with that data then sent to Facebook.

She went on to test over 80 apps, many promoted by Apple, and all of them except for one included third-party trackers for marketing, ads, or analytics purposes.

Apps tested (which weren't kids apps specifically) included an average of four third-party trackers, and some had many more. The app her son was using had a total of seven trackers in it.

There are no controls in iOS for limiting the tracking features that are used by apps for everything from ad targeting to analytics, though users can download VPN apps that block these services. Stern suggests that Apple and Google should cut down on the amount of data that third-party trackers are able to collect and require app developers to provide clearer disclosures.

JessWinter
Hey Apple, HOW ABOUT EVERYONE, not just kids.

Apple should make it so we could say no to 3rd party tracking on any app - starting at install.
Score: 13 Votes (Like | Disagree)

rgbrock1
LIMIT the tracking of kids' apps? Er, that should be ELIMINATE. No kid's activities should EVER be tracked. And it should be construed as the "stalking of a minor" when it does occur.
Score: 11 Votes (Like | Disagree)

I think more people think the app store is curated than it really is. I read this and think "Apple already sold me on privacy, why are these apps already in the store and on my kids devices?"
Score: 10 Votes (Like | Disagree)

Pbrutto
This is great news! Tracking kids is just wrong, really really wrong. If app developers have something they need to know, it should be up to their parents if they wish to share it. Kids didn’t sign up for this **** show we have all allowed to happen.
Score: 6 Votes (Like | Disagree)
Read All Comments