Citigroup Reportedly Passed on Apple Card Due to Profitability Concerns

Tuesday May 28, 2019 8:31 am PDT by Joe Rossignol
Apple is set to launch its own credit card this summer in the United States in partnership with investment bank Goldman Sachs and Mastercard. The aptly named Apple Card will be built into the Wallet app on the iPhone, with a physical version available for use at stores that do not accept contactless payments. 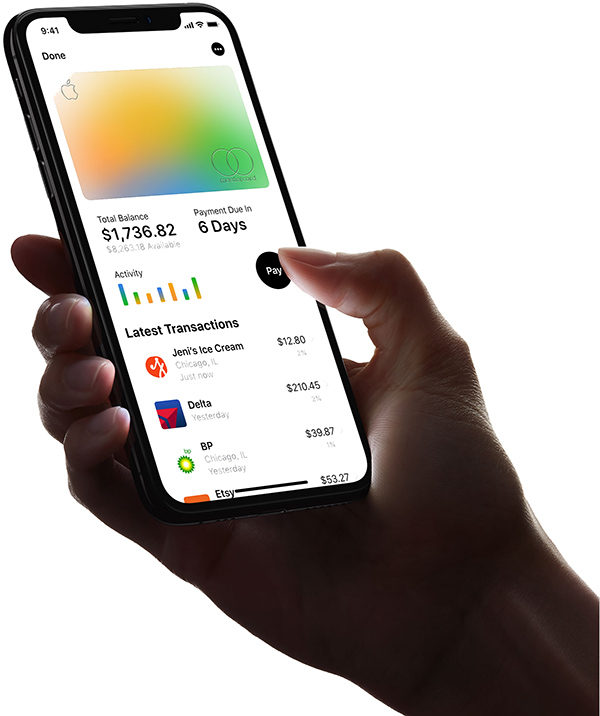 Apple is aiming to shake up the credit card industry by collecting no fees whatsoever, offering one to three percent cash back paid out on a daily basis, and providing consumers with interactive features such as color-coded spending summaries in the Wallet app to assist with spending and budgeting.

Now, a report says those consumer-friendly plans led some other banks to ultimately pass over the Apple Card opportunity.

According to CNBC, Citigroup was in advanced negotiations with Apple over the card, but pulled out amid doubts that it could earn an acceptable profit on the partnership. The report claims that other banks, including J.P. Morgan Chase, Barclays, and Synchrony, also bid on the ‌Apple Card‌ business.

Goldman Sachs has an advantage over those other banks since it does not already offer its own consumer credit cards, so it does not have to worry about potentially cannibalizing one of its own businesses.

"Goldman Sachs seeks to disrupt consumer finance by putting the customer first. We are excited for customers to use ‌Apple Card‌, which is designed to help people take control of their financial lives," a spokesperson for the bank told CNBC.

‌Apple Card‌ support will likely be added in iOS 12.4, with some Apple employees already receiving their physical version of the card.

69Mustang
Citigroup: We can't make money on this deal.

Citigroup: [furtively checks back pocket for wallet] {gone} Hey Goldman, have you se-

tCdemon
So because Apple Credit Card isn't out to make extreme profit no bank want this? Sounds about right!
Rating: 13 Votes

Yeah, except that most people who actually need financial control and assistance aren't going to be able to get this card. Weren't people on the forums saying you need a credit score of 800 or higher? Seems to be another case of the rich keep getting richer. Not that people that have over 800 are rich, but you'd be very hard pressed to find any poor person with a score over 800. Mine is over 800 and I am not rich but comfortable, but a card like this when I was younger would have been useful.


So your whole comment is based on what you read in a forum here regarding something no one can really know? I have a bridge for you
Rating: 12 Votes

I remember hearing reports from multiple people saying they were declined with scores in the mid to upper 700s. Haven't followed up since. Feel free to provide evidence instead of criticizing my comment.


The card isn't out yet, how were people declined?
Rating: 12 Votes

zorinlynx
I already have two credit cards and don't really desire a third, but I'd be lying if I said I wasn't considering this. It looks cool, has good terms and if I end up not using it, no harm at all.

I do wish they paid at least 1.5% cash back on physical card (non-Apple Pay) transactions, though. Chase gives me 1.5% cash back on everything, and Apple Pay acceptance is very hit or miss around here. Particularly restaurants tend to not take Apple Pay.
Rating: 8 Votes

PastaPrimav
Lol I love the AMEX drones that have to find something to whine about with Apple Card.
Sorry. AMEX isn't the best thing on the block anymore.
Rating: 7 Votes

realtuner
Imagine that? A bank not wanting consumers to have complete control over their credit card spending or tools to help them avoid going into debt or spending beyond their means.

How can they make money if people don’t carry a large balance?
Rating: 6 Votes