Ajit Pai, Chairman of the United States Federal Communications Commission, wants to allow mobile phone companies to block robocalls by default, in the ongoing fight against call spam (via Reuters). Pai will present his proposal today, where all of the FCC commissioners are set to testify before a U.S. House panel regarding the widespread problem of robocalls. 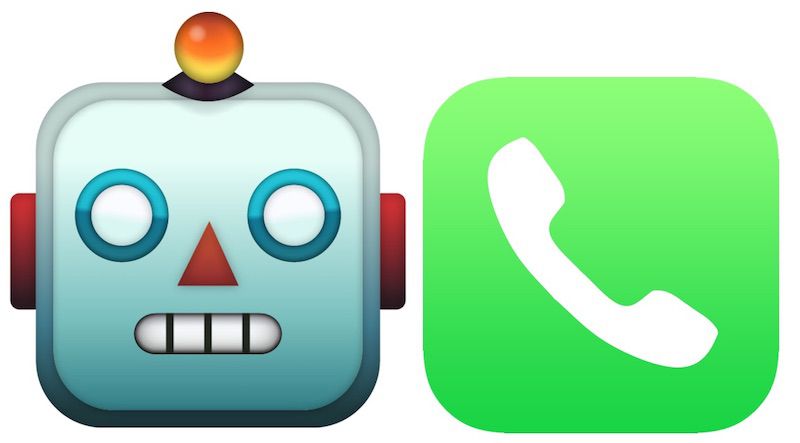 According to Pai, carriers have avoided deploying default call-blocking tools because they have been unsure if such tools would be legal under the FCC's current rules. So, launching an initiative backed by the FCC that would encourage these companies to block robocalls by default could be a big help in preventing unwanted phone calls.

“By making it clear that such call blocking is allowed, the FCC will give voice service providers the legal certainty they need to block unwanted calls from the outset so that consumers never have to get them,” Pai said.

Last year, Pai asked companies to adopt a "call authentication system" that was aimed at ending the use of illegitimate spoofed numbers, which many robocalls use to trick people into picking up the phone. This week, the chairman said that he expects major phone providers to implement such standards this year and the FCC will host a summit on July 11, 2019 to review the industry's progress.

Robocalls are a problem for users across devices created by Apple, Google, and others. While there are ways to block a number that's already called you on iOS, robocalls can repeatedly contact you using different numbers and methods, making them all the more difficult to stop.

Over the years, carriers like AT&T and Verizon have also launched their own spam protection apps that aim to warn users when a call is coming in that is likely a robocall. Still, these apps can only do so much and robocall-tracking company YouMail recently estimated that there were 48 billion unwanted calls in the U.S. in 2018, up 60 percent from 2017.

BootsWalking
Great idea but with Ajit Pai behind it I'm sure there's a catch, like letting robocallers pay carriers to pass their calls through.
Rating: 24 Votes

thogin
How'd that Do Not Call registry work out for y'all?
Rating: 7 Votes

YouMail recently estimated that there were 48 billion unwanted calls in the U.S. in 2018,


I think half of these went to my phone. Any program that can decrease the number of calls even a little is fine by me. It can't be as big of a failure as DoNotCall. That was pathetic.
Rating: 5 Votes

gaximus
I've started just blocking each number that is a robocall, and after blocking about 50, I haven't had any since.
Rating: 4 Votes

Lagforce
Am I the only one answering these calls, getting connected to the people trying to scam me, and the having fun with them? I honestly enjoy my games with these guys. Had a conversation with one where I just quoted lines from Shrek while the guy tried his best to get me to give him my credit card details
Rating: 4 Votes

And I’m glad I paid my $1.99/month to MacRumors so I was able to read this article. You know, since we got rid of net neutrality.

Ebok
Just give me the ability to block VOIP calls. That’s where these losers are calling from.

I don’t know one person that uses VOIP.
Rating: 4 Votes

JessWinter
That scumbag got rid of Net Neutrality. I now have to pay $19.99 a month just to access MacRumors. I will never support anything Ajit Pai does. Hopefully this doesn't pass. Those robocalls are the only ones I get these days.

palmerc2
I have Robocaller installed which has prevented over 90% of robocalls. A couple of them slip through the cracks here and there, for the most part has worked out well.