According to Bah, Apple's in-store facial recognition software mistakenly linked him to a series of thefts from Apple Stores, leading to his arrest back in November. 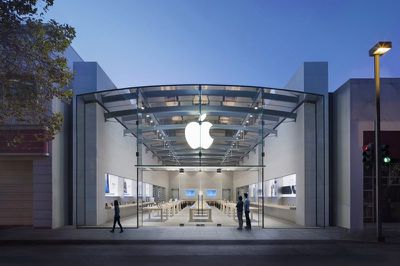 In a lawsuit filed today, Bah said that the arrest warrant included a photo that did not resemble him, and that during one of the thefts he was charged with in Boston, he was attending a senior prom in Manhattan.

Bah says that he at one time had a learner's permit without a photograph stolen, which could have been found or stolen by the real thief and used as identification in Apple Stores, leading to his name being mistakenly linked to the thief's face in Apple's facial recognition systems.

Bah says that he was forced to respond to "multiple false allegations which led to severe stress and hardship." Apple has declined to comment on the case, which also involves Security Industry Specialists Incoming.

Update: Apple told The Verge that it does not use facial recognition in its stores, though that does not appear to be the entire story. The NYPD detective in the case said that Apple uses security technology to identify suspects of theft using facial recognition.

There is a security company also involved in the lawsuit (Security Industry Specialists), so it's possible that security footage captured in Apple retail stores is analyzed after the fact by this company.

tothemoonsands
While $1 Billion is clearly excessive, I do hope that he receives fair compensation for his hardship. In addition, Apple should be more forthcoming about its use of facial recognition in its stores.

It is a complete surprise to me that Apple is actively identifying all guests who walk into the store. As a company that is touting privacy in its recent marketing campaigns, Apple owes all of us, Mr. Bah included, a thorough explanation.
Score: 81 Votes (Like | Disagree)

It is a complete surprise to me that Apple is actively identifying all guests who walk into the store. As a company that is touting privacy in its recent marketing campaigns, Apple owes all of us, Mr. Bah included, a thorough explanation.

I'd agree, but we don't know if it's true. The article says that Apple uses in-store facial recognition software according to Bah. Since Apple declined to comment, we're left to wonder if the real outcome of Mr. Bah's case will be an outcry over an Apple invasion of privacy, or if it's not really the case.
Score: 23 Votes (Like | Disagree)
Read All Comments