A Swiss court has backed Swatch in a trademark row with Apple over the watchmaker's use of the "Tick Different" slogan, which Apple has argued unfairly references the Californian company's successful 1990s "Think Different" ad campaign for its own gain. 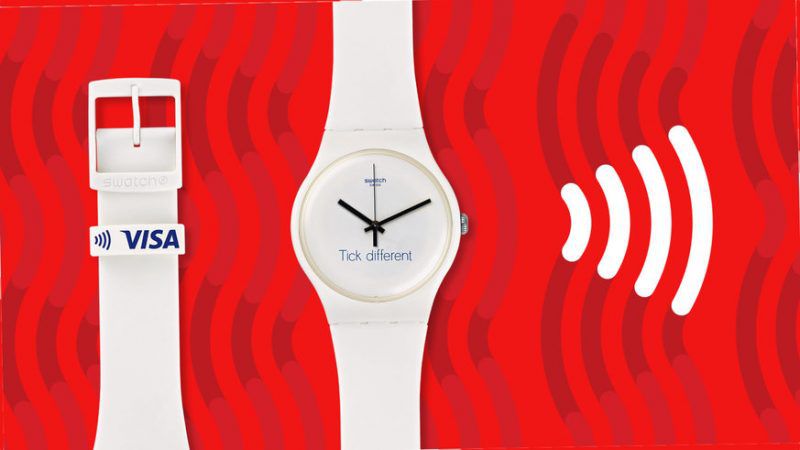 Reuters reports that in a ruling released on Tuesday, the Federal Administrative Court agreed with Swatch that Apple's "Think Different" was not known well enough in Switzerland to warrant protection, and that Apple had not produced documents that sufficiently backed up its case.

Swatch has used the "Tick Different" slogan on its Bellamy quartz wristwatch with built-in NFC Visa payment technology. In order to successfully win the case, Apple had to show that Swatch's use of the phrase triggers an association with Apple products in the minds of at least 50 percent of consumers.

Apple originally filed a complaint in 2017 over Swatch's use of the slogan, but Swatch claimed its use of "Tick Different" has its origins in an 80s Swatch campaign that used the phrase "Always different, always new", and argued that any similarity with Apple is purely coincidental.

The "Think Different" slogan was created in 1997 by Apple advertising agency TBWA\Chiat\Day, and was thought at the time to be a response to IBM's slogan "Think". It was used in TV commercials, print ads, and several TV promos. Disappearance of the slogan in Apple marketing material coincided with the launch of the iMac G4 in 2002.

Before the Apple Watch launched, Apple and Swatch were rumored to be joining together on a smartwatch, but nothing came of it. Swatch filed an application for an "iSwatch" trademark when rumors first began swirling that Apple planned to enter the market. It later managed to block Apple's own U.K. trademark application for "iWatch".

apolloa
Good!! This is a sad attempt at control of other companies by Apple, it seriously needs to get over itself with these ridiculous claims, like when it tried to sue that little coffee shop because it’s logo looked ‘vaguely’ like Apple’s!

They are only seen as the big over reaching bully in these cases and it will affect their reputation with customers if it’s widely reported.
Rating: 15 Votes

BruceEBonus
The irony being that Apple hasn’t “thought different”(ly) for many years now. Next!
Rating: 14 Votes

WiiDSmoker
So Apple utilized “Think” to be “Think Different” from IBM and they have the gall to go after “Tick Different”. Hypocrite
Rating: 14 Votes


Actually they did, and not just on one account.
Rating: 9 Votes

Why are you on an Apple fan site then? God the comments on here are always so miserable and cancerous. NEXT!

Just a guess, but they're probably here for the same reason you are... to render their opinion on various topics. Sycophancy is not a prerequisite for posting on MR.:D:p

On topic: As an American, Swatch's slogan seems way too close to Apple's for it to be a coincidence. It seems obvious 'Think Different' was the inspiration. Not being Swiss, I don't know how much 'Think Different' resonated with the people in Switzerland. According to the court, not as much as Apple thought.
Rating: 9 Votes

Nuvi
That said, Apple hasn’t been “thinking different” since the launch of iPhone. “Think different” was play IBM’s slogan (Think) so I can’t say Swatch is stealing something that is inherently Apple. However, I have hard time understanding what Swatch means with “Tick different”. After all, Swatch is the IBM of wristwatches...
Rating: 8 Votes

You must have been reading the wrong Apple news?
Rating: 7 Votes

Good!! This is a sad attempt at control of other companies by Apple, it seriously needs to get over itself with these ridiculous claims, like when it tries to sue that little coffee shop because it’s logo looked ‘vaguely’ like Apple’s!

They are only seen as the big over reaching bully in these cases and it will affect their reputation with customers if it’s widely reported.

hamiltonrwatch
The Swiss would have you believe they invented time; their struggle to stay relevant continues.:D
Rating: 5 Votes

Porco
On one hand (heheh) it is obviously very similar, and I don’t believe for a second (heheh) that Swatch weren’t fully aware of Apple’s Think Different marketing.

But on the other hand (heheh), Apple haven’t used it for a long time (heheh) and if it wasn’t as well-known in Switzerland maybe they should get over it. Just how long should a company have legal protection over two words being used together for marketing, let alone one word being used with a similar word... ?!
Rating: 5 Votes
[ Read All Comments ]