Apple today revealed an all-new and redesigned Apple TV app and a new "‌Apple TV‌ Channels" feature. The new app is an updated version of the existing TV app, which brings together shows, movies, sports, news, and more in one hub, available on iPhone, iPad, ‌Apple TV‌, and later this year on Mac and smart TVs. 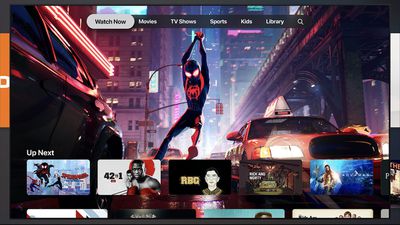 The new TV app has a new "For You" section that recommends TV shows just for you, based on what you watch. The app will offer suggestions for shows and movies from over 150 streaming apps, like Hulu, Amazon Prime, DirecTV Now, PlayStation Vue, and more.

‌Apple TV‌ Channels represent new subscription services that you can sign up for in the TV app, paying only for those that you want. These include CBS All Access, Starz, Showtime, HBO, Nickelodeon, Mubi, The History Channel Vault, Comedy Central Now, and more.

Users will be able to subscribe to ‌Apple TV‌ channels à la carte within the TV app and then watch them there, without having to jump between apps, sign into a new account, or enter another password.

redbill2
so, its basically just an App that does what every other Streaming device (Roku, Fire, Playstation, Xbox, and even Apple) has been doing for 5 years?
Score: 13 Votes (Like | Disagree)

I been saying this. But the Apple crowd doesn’t like when you say Amazon or Android. lol
Score: 10 Votes (Like | Disagree)

Juicy Box
If it does not have "profiles", the new TV app will be as useless as the old one was for families with multiple users.
Score: 9 Votes (Like | Disagree)

Sethal
Well, that was underwhelming.
Score: 7 Votes (Like | Disagree)

Nunyabinez
The problem is that the studios don't want to suffer the same fate as the music industry.

As much as I like Bon Jovi, I hated when he complained about iTunes, because people didn't have to but a whole album (on CD) to get a single song that they wanted (yes, I know there were singles back in the day).

That's what the current industry is. A few good shows propping up all the crappy shows that wouldn't be able to carry themselves if people had to pay for them individually.

Cable gives us the impression that they are offering us a smorgasbord of entertainment, when in actuality there are a few tasty dishes and hundreds of gag-inducing sides.
Score: 6 Votes (Like | Disagree)

2010mini
Apple TV really needs individual user profiles. My “up next” is over crowded with my daughter’s shows.
[doublepost=1553540073][/doublepost]

Wow what kind of channel options are those? Big cable companies are really preventing Apple from progress.

It really isn’t the cable companies. It’s the studios themselves.
Score: 6 Votes (Like | Disagree)
Read All Comments

Sunday February 5, 2023 6:06 am PST by Hartley Charlton
A new version of the Mac Studio with the "M2 Ultra" chip is unlikely to arrive in the near future, according to Bloomberg's Mark Gurman. In the latest edition of his "Power On" newsletter, Gurman explained that since the upcoming Apple silicon Mac Pro is "very similar in functionality to the Mac Studio," Apple may wait until the release of M3- or M4-series chips to update the machine, or...
Read Full Article • 493 comments