Apple's online store has gone down this morning. The company typically takes the site down pending changes to its product lineup, so we may well see new product announcements later today. 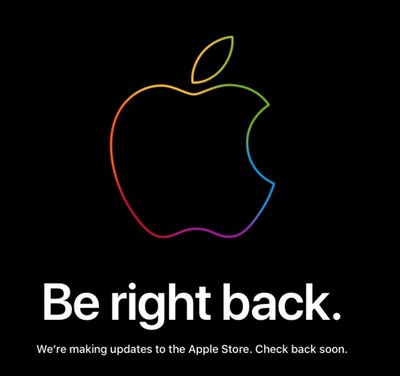 At least some of these product announcements were expected to be made via press release during the company's March 25 "It's Showtime" event, which will reportedly be service-focused, but Apple could feasibly announce new products sooner.

Indeed, well-connected Bloomberg journalist Mark Gurman recently suggested Apple could decide to announce new iMacs and iPads ahead of its upcoming media event in order to underline how much it intends to focus on news and video services.

If Apple was to be planning, say, new iPad and iMac announcements for this week, it would make a real statement about how much it wants to focus its March 25th event on its news and video services. — Mark Gurman (@markgurman) 16 March 2019

We'll follow up on this development shortly when we learn more.
[ 312 comments ]

The Samurai
New Watchbands only.
Score: 13 Votes (Like | Disagree)

Why would we want that?
Score: 8 Votes (Like | Disagree)

danskin
is it going to be down for 7 days o_O
Score: 7 Votes (Like | Disagree)

StellarVixen
I like these silent releases, without any fanfare. Please, surprise us!
Score: 6 Votes (Like | Disagree)
Read All Comments