Apple Senior Vice President of Worldwide Marketing, Phil Schiller, participated in the 317th episode of Accidental Tech Podcast hosted by Marco Arment, Casey Liss, and John Siracusa. The podcast was recorded just a day after the announcement of the official dates of Apple's Worldwide Developers Conference which takes place from June 3rd to June 7th, 2019 in San Jose, California. 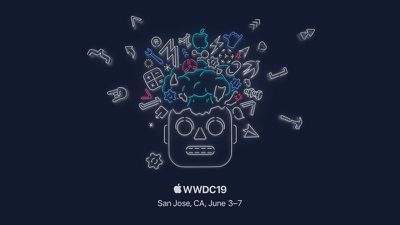 The podcast covers a range of topics regarding Apple's attempt to service both large developers as well as small independents. Schiller confirms that the reason WWDC remains limited at approximately 5,000 developers is the inability to offer a quality experience given the limitations in the number of Apple engineers that would be available for one on one sessions at the event. Notably, Schiller notes that both he and others at Apple follow blogs, emails, podcasts, forums, and social media after events and monitor and listen to that feedback.

Schiller participates in the full podcast at the very start of the episode.

aaronhead14
Phil, if you're reading this, I hope you can know that we filmmakers simply want the cheesegrater Mac Pro back, but with modern components. No need to reinvent the wheel. We just want sheer power, with no thermal throttling, and the ability to add our own PCIe cards/upgrade RAM/upgrade CPU/GPU. Also, we need you to repair your relationship with NVIDIA. We love Apple, but over the last few years we feel almost like you've abandoned us. Bring us the Mac we need! Thanks Phil!
Score: 45 Votes (Like | Disagree)

martyjmclean
"What's your passcode?"
"Courage"
I love that Phil has a nice sense of humour about himself. :p
Score: 21 Votes (Like | Disagree)

Notably, Schiller notes that both he and others at Apple follow blogs, emails, podcasts, forums and social media after events and monitor and listen to that feedback.

What for is he doing that?

It hasn't done much good. How many years has it been since they've launched the Mac Pro without a single update to it? They still that outdated junk for nearly the same price it originally sold for.

Phil, if your reading this;

We want phones with headphone jacks.
Laptops with proper keyboards and serviceable parts.
A good desktop computer that doesnt destroy our bank accounts or throttle just because you chose to make it look pretty instead of having proper cooling.

And most importantly; stop lying. Stop being a corporate spin doctor. Have some integrity.
Score: 17 Votes (Like | Disagree)

Phil, if your reading this;

We want phones with headphone jacks

Except, Phil Schiller specifically already commented on this with the launch of the iPhone 7. They stated specifically when removing the headphone jack it was antiquated. Bluetooth is here, the headphone jack isn’t coming back for the iPhone, and I think they made that clear by even removing it for the iPad. Even if Phil was reading this, that doesn’t change their perspective given the future of wireless and the AirPods. Time to move on.
Score: 13 Votes (Like | Disagree)

Except, Phil Schiller specifically already commented on this with the launch of the iPhone 7. They stated specifically when removing the headphone jack it was antiquated. Bluetooth is here, the headphone jack isn’t coming back for the iPhone, and I think they made that clear by even removing it for the iPad. Even if Phil was reading this, that doesn’t change their perspective given the future of wireless and the AirPods. Time to move on.

LOL! Since when was bluetooth only possible once the headphone jack was removed?
Score: 12 Votes (Like | Disagree)
Read All Comments