Apple is warning customers who receive unsolicited phone calls claiming to be from the Apple Store at The Americana at Brand shopping complex in Glendale, California, as fraudsters appear to be posing as representatives of the store as part of a phishing scheme aimed at stealing customer information. 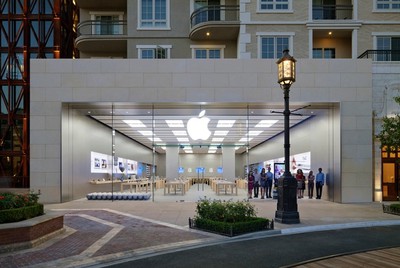 The following automated message plays when calling Apple The Americana:

Apple is aware that some customers are receiving unsolicited calls claiming to be from this Apple Store. If you receive an unsolicited call, you should not provide any information to the callers. For more information on cybercrime and ways to protect your computer, visit www.fbi.gov/investigate/cyber. Also, if you feel you have been a victim of fraud, please contact your local police. If you would like help changing your Apple ID password, please visit support.apple.com.

Apple did not immediately respond to our question asking if any customer information has been compromised, but it did point us to a previous instance of this warning at its River Park Square store in Spokane, Washington in October 2017.

In that case, the local CBS affiliate KREM 2 reported that customers in Spokane received phone calls from a number that appeared to be the local Apple Store, advising they talk to a "support advisor" who informed customers about a false "breach in cloud security" in an attempt to steal their information.

Our understanding is that Apple temporarily adds this automated message to stores associated with an increase in fraudulent behavior in an effort to protect customers. Apple is far from the only company affected by phishing schemes and offers several tips on how to avoid being victimized.

Apple advises customers who receive an unsolicited call from someone claiming to be from Apple to hang up and contact Apple directly.

This is an opportune moment to remind everyone that phishing attacks can also be in the form of emails, so be very careful when you receive an email that claims to be from Apple, especially if prompted to provide your password or other information. Be sure to contact Apple if you are uncertain about any email.

Something needs to be done, but I don't think that will help against the number spoofing. I have noticed more and more AT&T alerts on some calls now with either the telemarketer or scam warning. Those have been a nice addition. I'm sure all the carriers do this but maybe they should all do more of it.

It is fixable and it’s easy. Any phone that’s not a registered business with a carrier who has x-amount of calls in a minute has calls stopped until they speak to the carrier.

Then, charge more for calls on a sliding scale where after you make a certain amount of calls, they spike in price.

There is no reason a consumer should be making 100 calls a minute so end that.

It’s not hard, it’s just a wilingnless to act.
Score: 3 Votes (Like | Disagree)

macguru212
This phishing thing is out of hand - not just with Apple, but with spoofed numbers in general.
Score: 3 Votes (Like | Disagree)

DrJohnnyN
Scammers are a sad breed.
Score: 2 Votes (Like | Disagree)

Something needs to be done, but I don't think that will help against the number spoofing. I have noticed more and more AT&T alerts on some calls now with either the telemarketer or scam warning. Those have been a nice addition. I'm sure all the carriers do this but maybe they should all do more of it.

Verizon doesn't show alerts. Wish they would. This number spoofing is so out of hand that I never answer a call unless it is from a number in my contacts list. If it is legit, they'll leave a message.
Score: 2 Votes (Like | Disagree)

dazz87
Dont have to worry cause I never pick up if I don't recognized the number.
Score: 2 Votes (Like | Disagree)
Read All Comments

Monday May 17, 2021 6:06 am PDT by Joe Rossignol
Apple today announced that Apple Music will be gaining support for Spatial Audio with Dolby Atmos at no additional cost starting in June. At launch, Apple Music subscribers will have access to thousands of songs in Spatial Audio from artists like J Balvin, Gustavo Dudamel, Ariana Grande, Maroon 5, Kacey Musgraves, The Weeknd, and many others. Apple says this feature will provide a...
Read Full Article • 424 comments