Apple Shares New 'iPhone Can Do What?' Features Page [Updated]

Apple recently added a new features page to its website, which offers an in-depth look at the capabilities of Apple's modern iPhones.

The site is organized into tiles, each featuring an explanation of a feature along with a short video, a photo, and a link to one of Apple's support documents. 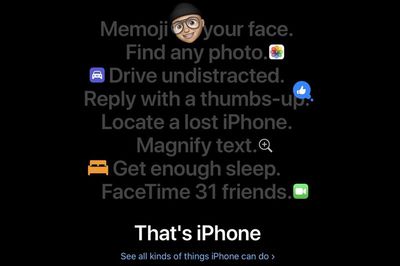 Apple includes both major features like Face ID, along with smaller hints and tips like holding the space bar to move the cursor to quickly fix a typo or double tapping the space bar while typing for a period.

It's a useful site for anyone who isn't super familiar with the feature set on the ‌iPhone‌, and it's also useful for more advanced users because it also has lesser known options that some people might not know about.

Apple has a whole range of support documents on every topic you might think of, but doesn't often link to them on its main site, which makes the features page unique. Apple is highlighting the new features page on its main Apple.com homepage.

Update: Apple has shared several of the videos featured on its "‌iPhone‌ Can Do What?" on YouTube. Each video is about 15 seconds in length and highlights a specific ‌iPhone‌ feature.

macduke
iPhone text selection is awful. So many times I'm trying to grab a snippet and it skips to the top and selects one character, or gets stuck only letting me select one line, or it snaps to the whole paragraph and won't let me select text inside of it. Sometimes it doesn't work at all, and other times it doesn't let you grab punctuation or it takes several attempts. The keyboard touchpad for text selection was a nice addition, but they really need to overhaul however the text selection engine works because it sucks. It was fine many years ago but it's 2019 and it should be better by now.

I would also say that finding any photo is quite the stretch. It works for me maybe half the time and I have to do a lot of skimming and swiping around before I find what I'm looking for.
Score: 13 Votes (Like | Disagree)

Apple is seriously—in 2019—advertising shake to undo as one of the top iPhone features? It's one of the least intuitive features and an example of bad UX design. Every time I have to do it in bed it wakes up my wife.

Well quit pleasuring yourself in bed and blaming it on undo.
Score: 13 Votes (Like | Disagree)

Naraxus
“Memoji Your Face” is the first one listed.....

And people wonder why people think Apple has lost its way...
Score: 11 Votes (Like | Disagree)

macduke
Apple is seriously—in 2019—advertising shake to undo as one of the top iPhone features? It's one of the least intuitive features and an example of bad UX design. Every time I have to do it in bed it wakes up my wife.
Score: 10 Votes (Like | Disagree)

Apple is seriously—in 2019—advertising shake to undo as one of the top iPhone features? It's one of the least intuitive features and an example of bad UX design.

It's not like they've worked on a ton of exciting iOS features in the last few years, other than iMessage effects, stickers and ani-me-mojis.

Also, waterproofing? It's not worthy advertising something every manufacturer already has.

In order to advertise something you kinda have to make it happen first. I wish they took the ecosystem angle. Airdrop, universal pasting, Watch seamlessness, these are truly impressive features with the added upsell potential
Score: 9 Votes (Like | Disagree)

jhtrico1850
I would like for the iPhone to be able to take photos in low light like the Pixel 1/2/3 with Night Sight and the other Android phones. It's very embarassing that Apple can't release this, especially since Google released for all generations of Pixel. 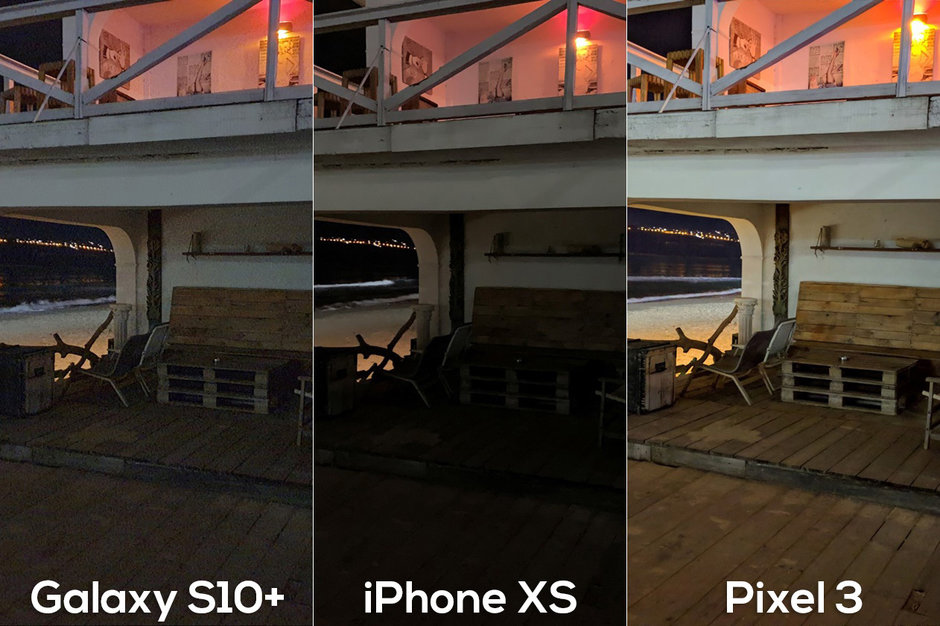 Tuesday October 4, 2022 3:30 am PDT by Hartley Charlton
The European Parliament today voted overwhelmingly in favor of enforcing USB-C as a common charging port across a wide range of consumer electronic devices, including the iPhone and AirPods, by the end of 2024. The proposal, known as a directive, forces all consumer electronics manufacturers who sell their products in Europe to ensure that a wide range of devices feature a USB-C port. This...
Read Full Article • 313 comments