Thursday February 28, 2019 4:51 am PST by Joe Rossignol
Apple has registered two unreleased iPad models with the Bureau of Indian Standards, according to MySmartPrice. 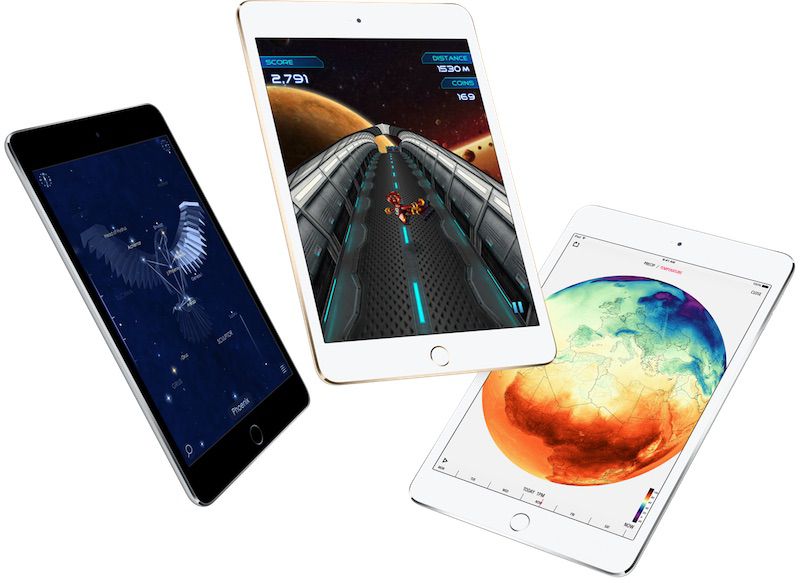 The model numbers A2124 and A2133 were already registered with the Eurasian Economic Commission in late January alongside five other ‌iPad‌ models, but the Indian filing suggests that a release is drawing closer.

It's unclear how and when the new ‌iPad‌ and ‌iPad‌ mini will be revealed. Multiple reports indicate Apple will host a special event on March 25 at Steve Jobs Theater, but the word is that the keynote will be focused on Apple's rumored subscription-based news and video services, possibly ruling out hardware.

Given that the ‌iPad‌ and ‌iPad‌ mini refreshes are shaping up to be rather minor, perhaps a press release will suffice. March has become a common month for updates to Apple's lower-end ‌iPad‌ models, so an announcement could be just weeks away.

Two new iPad Pro models are also expected in late 2019 or early 2020, but few details are known about them yet.

I got a question (might as well ask here). Why does every word in the article titles starts with a capital letter? It pisses me off LOL.


That's how every English speaker in the world who isn't from America would do it, in a title.

Capitalise every word except for prepositions.
Rating: 9 Votes

recoil80
Go iPad Mini! If they keep the price low I'll be happy to buy one for me, it would make a great test device and would be useful to media consumption as well!
Rating: 9 Votes

I have absolutely no need for a new iPad. I rarely use the ones I have now. I'd get a new, properly priced mini though. Just cuz.

This kind of thinking I never really understood.
I mean yes it's your money and you (not as in you personally) are entitled to do as you please, but if people are spending money on something they do not need just cause, I can give them my IBAN, they'll have the same feel of having spent for something they won't use, and I would be a happy camper, 2 birds with one stone :D
Rating: 8 Votes

Khedron
To be clear "lower-cost" refers to the cost to Apple to manufacture, not the cost to the customer to buy, right?
Rating: 8 Votes

Who would need/want a Mini with pencil support+ the rest? A 1TB option on a low-level consumer device would be pointless as no one would buy it. Obviously the reason there isn't a smaller pro model than 11".
If you need pro features, buy the pro device.
Although Face ID isn't really a pro feature


Screen size is a preference, not an indication of a "Pro" vs "consumer" device.
Rating: 4 Votes

Oohara
iPad Mini is my favourite format by far as for anything larger I just use my MBP. I just wish they'd release a fully specced one with AMOLED display...but I guess they figure that'd cannibalise the Max too much. :(
Rating: 4 Votes

Mini doesn’t have Face ID so no buy

No FaceID is fine for me. Apple can even keep the mini 2's form factor and simply upgrade the internals to at least an A10 or higher, and I'll buy one. The iPad mini's size is already a selling point for me, but the current mini 4's A8 deperately needs an upgrade. The rest are simply icing on the cake.
Rating: 3 Votes

This kind of thinking I never really understood.
I mean yes it's your money and you (not as in you personally) are entitled to do as you please, but if people are spending money on something they do not need just cause, I can give them my IBAN, they'll have the same feel of having spent for something they won't use, and I would be a happy camper, 2 birds with one stone :D

My discretionary spending is just that. I see something I like enough to buy, I buy it. If I don't like it enough to buy it, I don't. Giving money to some internet rando does nothing for me so at least one of those birds is gonna live.:p
Rating: 3 Votes