Apple to Add Sleep-Tracking Features to Apple Watch by 2020

Apple is said to be testing a sleep tracking app for a future Apple Watch, according to a new report today filed by Bloomberg's Mark Gurman. 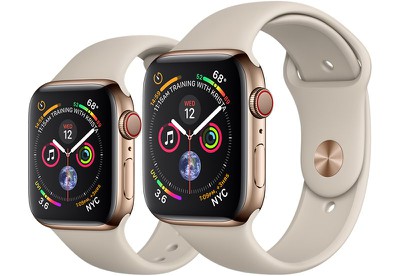 The company has been using the sleep-tracking feature for several months with testers at secret sites around its Cupertino, California, headquarters, according to people familiar with the work. If the functionality is successful in the testing stages, the company plans to add it to the Apple Watch by 2020, according to one of the people.

Rival smartwatches from the likes of Fitbit have long touted sleep-tracking capabilities, but Apple's watchOS has never offered a native sleep tracking feature. Initially, this was for good reason: battery life on the first Apple Watch rarely lasted beyond the advertised 18 hours, meaning the device had to be perched on a charging dock as you slept.

However, since the release of the Series 3 and 4 models, many owners find their smartwatches can last two full days or more on a single charge, which has led third-party developers to step in with sleep-tracking apps.

Future Apple Watch models could well have improved battery life, enabling users to wear them for longer and track time in bed. Alternatively, Gurman speculates that overnight sleep-tracking could even feature as part of a special new low-power mode.

Apple's iOS Health app already includes a tab for sleep analysis data, which is pulled from either the alarm clock function in the iPhone's Clock app or a third-party sleep-tracking app.

Apple has dipped its toes in sleep-tracking before. The company acquired Finnish startup Beddit, which makes a sleep-tracking sensor strip. Apple sells the product on its website under the Beddit brand and recently launched an updated version.

Because when you wake up you have no idea if you had a good night sleep.

Sleep tracking has been a game changer for me. Perhaps it's a useless feature for some people, but for those of us who have sleep disorders, sleep tracking wearables help us figure things out.
Score: 25 Votes (Like | Disagree)

vaxes
Really what is the point?
I really would not want to wear my watch while I slept any way.
And unless they are planning on either improving the battery life or shortening the charge time considerably.
The watch would be dead by mid morning.

Funny how your username is “macfacts”, yet most of what you say is so profoundly untrue.
Score: 12 Votes (Like | Disagree)

HacKage
The thought of sleeping with a watch on just doesn't work for me. The watch is comfortable during the day, but when I get in at night I look forward to emptying my pockets and taking my watch off and putting it on charge.
Score: 11 Votes (Like | Disagree)

Scooz
Finally a workout category I can identify with.

My emails were not ignored.
Score: 11 Votes (Like | Disagree)

Seacow1500
I use mine for tracking sleep with the SleepWatch app. Works fairly well and doesn’t use much battery. I only charge mine every other day.
Score: 10 Votes (Like | Disagree)
Read All Comments

Monday July 26, 2021 11:35 am PDT by Juli Clover
Apple today updated its Apple at Work website with a new section dedicated to the Mac, which offers up 11 reasons why "Mac means business." On the webpage, Apple highlights the M1 chip as the number one reason why business users should choose a Mac, offering up an M1 overview [PDF] that explains the benefits of the M1 chip. The information isn't new, but it does provide a look at all of...
Read Full Article • 120 comments