Australians looking to take advantage of Apple's limited time iPhone XS and iPhone XR trade-up promotion should act fast, as the offer ends Monday, March 4 in Australia, according to an update to Apple's website. 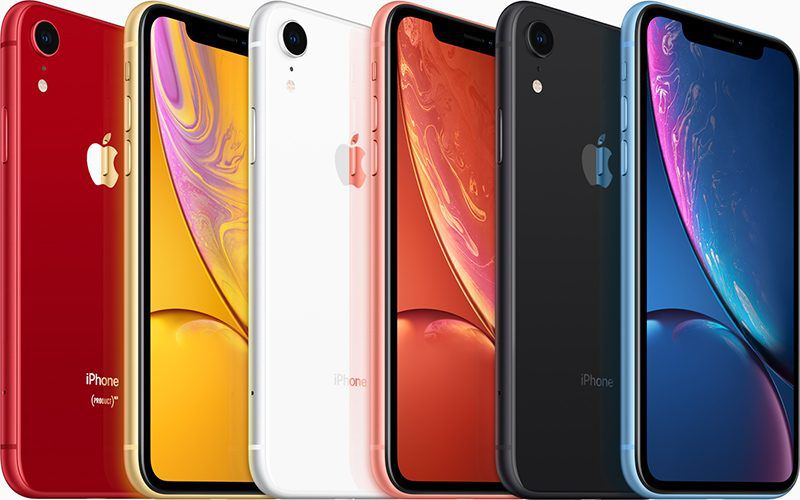 As in the United States, Apple is offering higher trade-in values for select older iPhone models towards the purchase of a new ‌iPhone XR‌ or ‌iPhone XS‌. The ‌iPhone XR‌ starts at $1,229 in Australia, for example, but customers can purchase the device for as low as $849 when trading in an ‌iPhone‌ 7 Plus until next week.

The promotion began in the United States in late November and expanded to Apple Stores internationally in late December.

Apple has been heavily promoting ‌iPhone XR‌ and ‌iPhone XS‌ trade-ins with a prominent banner on the homepage of its website, store signage, App Store editorials, emails to older ‌iPhone‌ users, and more since the smartphones launched last year.

In a letter to shareholders last month, Apple said it saw fewer iPhone upgrades than it anticipated last quarter, primarily due to greater-than-expected economic weakness in the Greater China region. Apple said making smartphone trade-ins at its stores easier is one step it would take to improve results.

No end date has been specified for the U.S. promotion as of yet.

Scottsoapbox
Until they extend it again.
Score: 6 Votes (Like | Disagree)

gertruded
My 6X plus still works perfectly. But then again, my iphone is not the center of my universe.
Score: 5 Votes (Like | Disagree)

Bin Cook
The more I use my XR the more buyers remorse I have got not waiting and taking up any deals. Apart from the improved battery over my aging 6S, I’m getting very little benefit from the XR. It just feels the same, but actually worse in some areas. Face ID is awesome when it works but too often it doesn’t. Slouching on your bed? Face ID won’t work.

Frankly it’s not good enough when you see what the 2019 android phones are packing. IMO they fd up hugely not having an integrated finger sensor to bridge until Face ID was rock solid.
Score: 4 Votes (Like | Disagree)

kakinc
Never understood these trade in programs...
why would anyone trade their iPhone in, instead of selling it locally themselves...
Score: 4 Votes (Like | Disagree)

Never understood these trade in programs...
why would anyone trade their iPhone in, instead of selling it locally themselves...

It is more convenient, and less of a hassle. You just walk in a store, give your old and pick up new phone.
Score: 4 Votes (Like | Disagree)

Textime
Apple should understand, that iPhone 7 and 8 users, stick to their phones because of the size factor.
And they are the only somehow affordable phones right now.
X/Xs/Xr are no alternatives.
Score: 3 Votes (Like | Disagree)
Read All Comments

Monday April 6, 2020 2:56 am PDT by Tim Hardwick
Apple will announce a new 13-inch MacBook Pro in May with the codename J223, according to a rumor shared by YouTuber and leaker Jon Prosser. Note: it’s a refresh to the current 13” So the bigger 14” display upgrade is a big possibility— Jon Prosser (@jon_prosser) April 4, 2020 Analyst Ming-Chi Kuo has said Apple plans to release new MacBook Pro and MacBook Air models with scissor keyboards ...
Read Full Article • 157 comments

Saturday April 4, 2020 3:30 pm PDT by Frank McShan
iOS 14 could offer home screen widgets and wallpaper customizations for the first time, according to 9to5Mac and Twitter user DongleBookPro. Apple is reportedly working to implement widgets that can be moved freely around like icons on the iPhone and iPad homescreen for the very first time. The feature is reportedly codenamed "Avocado" and no other details are available. It was also...
Read Full Article • 290 comments

Tuesday April 7, 2020 4:28 am PDT by Tim Hardwick
Two images shared on social media this morning are currently stoking speculation about possible hardware redesigns coming to the iPhone 12 and the potential introduction of Home screen widgets in iOS 14. Shared by Twitter user Fudge (choco_bit), the images depict a front and rear graphical representation of a smartphone with interface elements on the screen, suggesting it came out of a...
Read Full Article • 122 comments

Monday April 6, 2020 4:38 am PDT by Tim Hardwick
Further references to Apple's upcoming low-cost iPhone have appeared online, one on a Chinese e-commerce website and another on Verizon's smartphone trade-in page. Spotted by tech blog MySmartPrice, Chinese retailer JD.com has published a placeholder for Apple's so-called "iPhone 9" that includes a teaser image of a veiled smartphone, but other than that it lacks any particularly revealing...
Read Full Article • 110 comments

Monday April 6, 2020 8:17 am PDT by Joe Rossignol
A sizeable number of Mac users are experiencing occasional system crashes after updating to macOS Catalina version 10.15.4, released a few weeks ago. The crashing issue appears to be most prominent when users attempt to make large file transfers. In a forum post, SoftRAID described the issue as a bug and said that it is working with Apple engineers on a fix for macOS 10.15.5, or a...
Read Full Article • 240 comments

Tuesday April 7, 2020 10:06 am PDT by Juli Clover
Apple today released iOS and iPadOS 13.4.1, minor updates that come two weeks after the release of iOS and iPadOS 13.4, major updates that introduced iCloud Folder Sharing, a new Mail toolbar, trackpad support for the iPad, and more. The iOS and ‌iPadOS‌ 13.4.1 updates are available on all eligible devices over-the-air in the Settings app. To access the updates, go to Settings > General...
Read Full Article • 81 comments

Tuesday April 7, 2020 7:00 am PDT by Eric Slivka
Rumors of Apple-branded over-ear headphones have been circulating for quite some time, while more recent rumors have mentioned an "AirPods Pro Lite" that could also be in the works, and Twitter leaker Jon Prosser's recent foray into Apple rumors provides a bit more detail on what we might able to expect for these products. Current Beats Studio3 Wireless and BeatsX On the over-ear side,...
Read Full Article • 67 comments