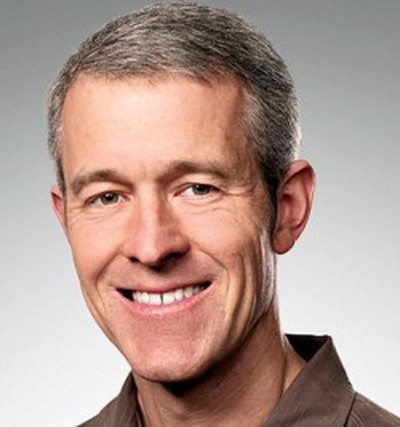 Apple COO Jeff Williams spoke at Elon University on Friday, Feb. 22 and spoke of his history in joining Apple in 1998. The Times News covers his talk in detail. Williams also took questions from students in the audience. One student asked Williams if Apple had any plans to reduce prices considering the seemingly large margins on Apple products based on analyst reports.

“The stories that come out about the cost of our products [have been] the bane of my existence from the beginning of time, including our early days,” Williams said. “Analysts don’t really understand the cost of what we do and how much care we put into making our products.”

He goes on to explain that to build the Apple Watch's activity tracker, Apple built a physiology lab with 40 nurses and 10,000 participants. Still, Williams conceded it's an area that they are paying attention to:

“It’s something we’re very aware of,” he said. “We do not want to be an elitist company. That’s not — we want to be an egalitarian company, and we’ve got a lot of work going on in developing markets.”

The Times News article goes on to cover Williams' talk about his reasons for joining Apple back in 1998, as well as how it feels to be part of a company that has been so successful.

Pricing on Apple's flagship phones has been cited as a factor in iPhone sales underperformance in the last quarter. Apple's flagship ‌iPhone‌ has increased in price over the years with the most recent ‌iPhone‌ XS Max starting at $1099.

Nik
Dismissing huge margins by citing stuff like R&D etc ... meanwhile, just look at the actual profits (profit, not revenue) they have according to their own earning reports. The whole argument falls apart when looking at the actual numbers.

Example: NOTHING can justify the ridiculous SSD upgrade prices (even with same performance metrics) but pure greed. Greed which begins to damage their image.
Score: 152 Votes (Like | Disagree)

Naraxus
Very aware but not going to do a goddamn thing about it because his CEO wants to nickle and dime every customer he has left.

The arrogence of this company is off the charts
Score: 96 Votes (Like | Disagree)

how much care we put into making our products

Wanna explain why macOS has been ignored for years if you care so much about products? It still has bugs from years ago that have never been patched, forget new features.
Why has the Mac Pro still not received an update? Why is the MacBook Pro forcefully sold with a Touch Bar? If you care so much about your products why are you still selling the 6th Generation iPod Touch or the 4th Generation iPad Mini? There are so many segments of Apple's product line that show a complete lack of care and attention to detail compared to just 10 years ago.
Score: 92 Votes (Like | Disagree)

Loki.Mephisto
Quote: "It's something we're very aware of," he said. "We do not want to be an elitist company. That's not".

Subtext: "Which is why we price our SSDs so very reasonably. The upgrade to 1 TB barely is 1000 bucks for what is available for less than one quarter of that in retail. Hence we overcharge by 4x only, isn't that very generous of us?"
Score: 68 Votes (Like | Disagree)

bartolo5
I can perfectly afford most of current Apple products at their current prices but I simply refuse to, out of principle. To name a couple of things that irritate me:

* Not including a fast charger in the box after paying $1000+ for their flagship phones is ridiculous
* Forcing me to buy a macbook pro with touchbar (instead of traditional keyboard) for semidecent current intel specs with huge markups is ridiculous. Touchbar is an antiproductivity tool IMHO.

I'm perfectly happy paying Apple premium prices for their products but there needs to be a justification. Current tactics are just obvious cash grabs that are turning everyone off.
Score: 60 Votes (Like | Disagree)
Read All Comments

Monday May 10, 2021 10:41 am PDT by Juli Clover
Apple's upcoming iPhone 13 models will be slightly thicker than the iPhone 12 models and will also feature larger, thicker camera bumps with lenses that protrude less, according to iPhone 13 schematics seen by MacRumors. The new iPhone 13 and 13 Pro models are expected to feature a thickness of 7.57mm, up from 7.4mm in the iPhone 12 models. That's an increase of 0.17mm, which won't be hugely ...
Read Full Article • 132 comments

Monday May 10, 2021 8:51 am PDT by Hartley Charlton
Independent technicians have reportedly been able to use leaked MacBook schematics to aid repairs (via Vice). Last month, Apple supplier Quanta Computer was hit with an attack by the ransomware group known as "REvil," leading to a large quantity of internal Apple documents about both released and unreleased devices being exposed. The leaked PDFs, available on a number of forums and online...
Read Full Article • 87 comments