When you open up a photo taken with an iPhone that offers Portrait Mode, Pixelmator Pro will open the photo itself along with a useful layer mask for doing things like swapping out the background in just a few minutes. 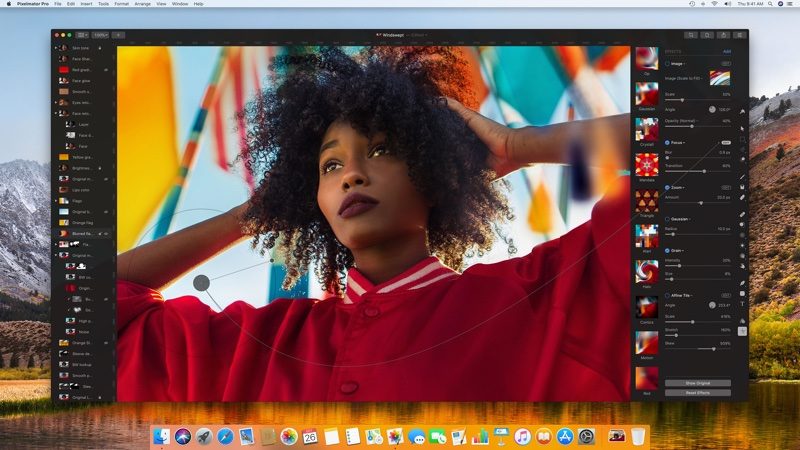 The portrait mask uses the depth information from the ‌iPhone‌ to isolate the subject of a photo, making it easy to remove background elements with little effort.


Pixelmator Pro has been around since late 2017 and it has seen several major updates since then with the Pixelmator team introducing useful new functionality on a regular basis. Pixelmator Pro can be downloaded from the Mac App Store for $39.99, and there is a free trial available on the Pixelmator website. [Direct Link]

Does it support raw yet? Genius feature. Hope they find a way to bring it to iOS.

This is huge. Masking, at least for me, is a real pain. Many pro masking apps require lots of training and experience for any kind of decent result, and I have yet to find a single consumer solution that’s reliable. Price is right, too.
Rating: 4 Votes

Don't get me wrong, this feature is cool but I would like to see other things first
Rating: 3 Votes

sidewinder3000
Genius feature. Hope they find a way to bring it to iOS.
Rating: 1 Votes

Dave245
Brilliant feature to software I use daily on my iMac :) (only as a hobby at this point).
Rating: 1 Votes

GubbyMan
I use Focos on my iPhone to mask out the background and then transfer the photo to mobile Pixelmator so I can add another photo as a background.
Rating: 1 Votes
[ Read All Comments ]