Apple today released a new version of macOS 10.14.3, which is designed to address a major Group FaceTime bug affecting both iOS and macOS. The update comes three weeks after the initial release of macOS Mojave 10.14.3.

The new macOS Mojave 10.14.3 update can be downloaded by going to the "Software Update" section of System Preferences, a new installation method that was introduced with the Mojave update. 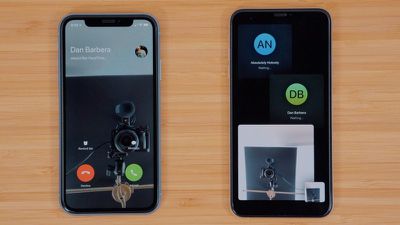 While the release notes for the update specify security updates, the fix in question is the Group ‌FaceTime‌ bug. While not as widely publicized, this issue affected Macs in addition to iOS devices.

On your end, it just looked like the Group ‌FaceTime‌ call hadn't been initiated, all while the other person was listening in on what you were saying. After the bug came to light last Monday, Apple took its Group ‌FaceTime‌ servers offline until a fix could be prepared.

With an update now available, Group ‌FaceTime‌ should soon be fully functional and working once again on iOS devices running iOS 12.1.4 or later and Macs running the new version of macOS 10.14.3.

tywebb13
You can get it here too as a standalone installer:

Any chance this will be fixed on High Sierra? Or is that not affected?

Do you have HS? As far as I'm aware, it doesn't have Group Facetime.
Score: 2 Votes (Like | Disagree)

Fairly simple, App Store for apps only and System Software Update for macOS and iTunes

It's a little odd that they had it all in the App Store for a while before (all while iOS has kept it separate basically since the beginning).
Score: 2 Votes (Like | Disagree)

martyjmclean
It’s so stupid but it annoys me that Apple won’t call this macOS 10.14.3.1... prolly because they think the numbers are too long.
Score: 2 Votes (Like | Disagree)

Do you have HS? As far as I'm aware, it doesn't have Group Facetime.

Thanks for clarifying, I have HS but don’t really use FaceTime on it so I wasn’t sure if it also had the feature to be affected.
Score: 1 Votes (Like | Disagree)

How are we ever supposed to know if we should go to System Preferences to update our computers versus going to the Mac App Store Updates page?

Fairly simple, App Store for apps only and System Software Update for macOS and iTunes
Score: 1 Votes (Like | Disagree)
Read All Comments