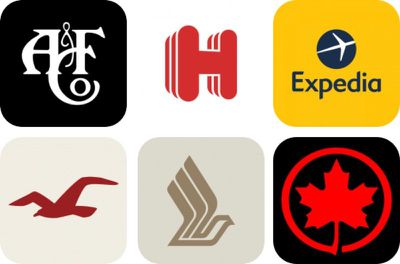 Session replays let developers screenshot or record or a user's screen and then play back those recordings to see how users interact with their apps. Taps, button pushes, and keyboard entries are all captured and provided to app developers.

TechCrunch had mobile app expert The App Analyst look at some of the apps that Glassbox lists as a customer. Not all apps leaked masked data, and most appeared to be obfuscated, but there were instances where email addresses and postal codes were visible.

"Since this data is often sent back to Glassbox servers I wouldn't be shocked if they have already had instances of them capturing sensitive banking information and passwords," The App Analyst told TechCrunch.

As TechCrunch points out, all of the apps have a privacy policy, but not one makes it clear that they're recording a user's screen. Glassbox does not require special permission from either Apple or the user to record the screen, and without checking specific app data, there is no way to know if an app is doing this.

Glassbox also does not require its customers to mention the usage of the screen recording feature in their privacy policies.

"Glassbox has a unique capability to reconstruct the mobile application view in a visual format, which is another view of analytics, Glassbox SDK can interact with our customers native app only and technically cannot break the boundary of the app," the spokesperson said, such as when the system keyboard covers part of the native app/ "Glassbox does not have access to it," the spokesperson said.

There are other analytics companies that have practices similar to Glassbox, like Appsee and UXCam, and there are a lot of major companies that are using this kind of technology, based on their customer lists. This kind of tracking is also not limited to iOS apps -- it can be done on the web as well.

With no way to detect that this is going on, all customers can do is refuse to use the apps and services of companies that are found to be engaging in shady analytics tracking purposes without clear privacy policies.

Klae17
Apple do your thing! This is a violation of privacy. These app developers need to learn a lesson.
Score: 88 Votes (Like | Disagree)

Apple_Robert
Looks like Apple needs to tighten the app noose a little more. The App and MAS store is supposed to be a sandbox for many important reasons and privacy is paramount.
Score: 32 Votes (Like | Disagree)

brendu
This is partially why I use as few apps as possible. I’ll go on a website on my desktop with proper blockers in place if I need to. My phone is a minimal use device these days.
Score: 31 Votes (Like | Disagree)

az431
People wanted free apps. Well this is what you get when you use free apps. Massive invasions of privacy for the purpose of mining and monetizing your personal information.
Score: 28 Votes (Like | Disagree)

Consent is generally satisfied by providing a terms of service link and consent is basically continuing to use the app after being afforded the opportunity to review the terms.

Heineken
If apple doesn’t remove these from the App Store and hit the kills witch on the ones the are on users phones I will be very disappointed.
Score: 24 Votes (Like | Disagree)
Read All Comments