The Corephotonics name may sound familiar to those who follow iPhone news because in 2017, Corephotonics levied a lawsuit against Apple accusing the Cupertino company of infringing on several Corephotonics camera patents with the ‌iPhone‌ 7 Plus and ‌iPhone‌ 8 Plus. 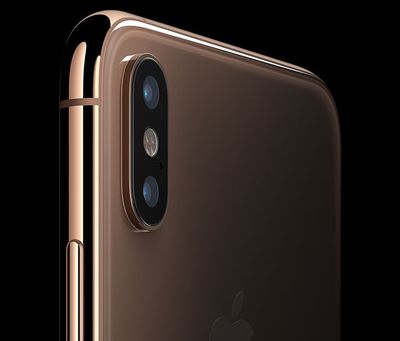 Dual-lens camera technology was first introduced with the ‌iPhone‌ 7 Plus in 2016 and it has subsequently been used in the ‌iPhone‌ 8 Plus, ‌iPhone‌ X, ‌iPhone‌ XS, and ‌iPhone‌ XS Max. Corephotonics' original lawsuit covered just the 7 Plus and 8 Plus, but in 2018, the company filed a new patent infringement lawsuit that also covers the ‌iPhone‌ X.

According to Corephotonics, Apple's iPhones with dual-lens cameras use patented telephoto lens designs, optical zoom techniques, and a method for fusing images from the wide-angle and telephoto lenses to create a better quality photograph.

When the lawsuit was filed, Corephotonics said that it contacted Apple, but after "positive feedback" and "encouraging reports," the two companies were unable to reach a licensing agreement. Corephotonics accused Apple of releasing the ‌iPhone‌ 7 Plus anyway, complete with infringing technology.

The legal matter between Corephotonics and Apple has yet to be resolved, so Samsung could inherit the dispute should it move forward with the Corephotonics purchase. Apple and Samsung in June 2018 reached a settlement for a design infringement lawsuit that spanned seven years.

Corephotonics developed the 5x optical zoom camera demonstrated by in an Oppo smartphone prototype in 2017, and it has detailed work [PDF] on a triple-lens camera setup that could allow for 5x optical zoom and a 25x total zoom feature that lets in 5x more light than traditional setups. Should Samsung purchase Corephotonics, these technologies could make their way to future Samsung devices.

LordVic
this reminds me back in the day when both Sony and Microsoft were found to be violating a patent regarding rumble in their controllers.

Sony took a hard stance to defend against the lawsuit no matter what.

Microsoft bought the company instead, kept using the patents sine they then owned them and continued the lawsuit against Sony till Sony finally relented.

Wonder if this had similar undertones where Samsung knew they'd be next and instead of waiting for a lawsuit, just bought the company anyways.
Score: 6 Votes (Like | Disagree)

The XR was rated as having the best single-lens camera of all current smartphones. It's a great camera! Not a compromise in any way.
[doublepost=1548705542][/doublepost]

So, flatten the hump and reduce the camera quality, or get a case to "hide" the bump and have a better camera. Pick your evil.

Or make the phone 3 mm more thick and have a a better look and feel, a flat back, no camera bump and lots of space for additional battery.
Score: 3 Votes (Like | Disagree)

now i see it
man the more you read about Apple's legal problems time and time again from stealing the IP of soooo many companies to put into an iPhone, the more it makes you wonder, what's really going on behind closed doors in Cupertino.
Score: 3 Votes (Like | Disagree)

Is that why the XR has only one lens?

The XR was rated as having the best single-lens camera of all current smartphones. It's a great camera! Not a compromise in any way.
[doublepost=1548705542][/doublepost]

Interesting move, maybe Apple should have thought of this.

So, flatten the hump and reduce the camera quality, or get a case to "hide" the bump and have a better camera. Pick your evil.
Score: 3 Votes (Like | Disagree)

calzon65
Interesting move, maybe Apple should have thought of this.

GuruZac
Camera hardware obviously matters but it seems like great software is the real game changer. Look no further than what Google has been able to achieve with their computational software in the Pixel. And to credit Apple, what they’ve done with the XR since it’s relying on similar software for the Portrait mode feature and the Smart HDR.
Score: 2 Votes (Like | Disagree)
Read All Comments