Apple appears to have disabled Group FaceTime on its server side as a temporary workaround for a major bug discovered today that allowed anyone who places a FaceTime call to listen to audio from the recipient without them answering the call. The bug even extended to video in some circumstances. 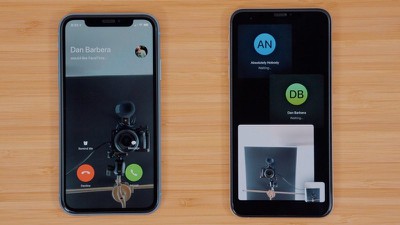 Apple has promised to release a software update that permanently addresses the bug "later this week," and given the serious privacy implications, the company likely has engineers working on the update as we speak.

Group ‌FaceTime‌ is limited to iOS 12.1 and later.

Edit: reading it’ll take a week. If so, that’s pretty shameful. A company of Apple’s size/stature shouldn’t take an entire to fix a known bug that concerns privacy.

I’m a software tester, taking a week is incredibly fast. There is nothing shameful about it. You first have to have the engineers identify the appropriate fix, throwing dozens of people at it isn’t going to help only a handful of people are going to have the expertise in the area to address it and your going to want your highest level engineers on it, meaning even fewer. Once they have identified the source of the bug you have to decide on the fix and actually make it. Then it has to be reviewed to try and avoid other bugs. After that you have to take time to test the fix. Testing involves not just this specific scenario but potentially hundreds of other scenarios involving FaceTime and other features that might be impacted. And you have to do that fixing and testing across the entire line of products, macOS and iOS. That’s also going to take time. Even working around the clock shifts there is only so fast you can move. Plus they are probably going to do some extra testing and around FaceTime to try and catch any other bugs like this. Software development, especially of the scale is hard. There is a reason the people who can do it well make a lot of money.

What would be shameful is rushing out a quick fix that solves this problem but possibly introduces other ones. Apple has taken the quickest possible step to protect users and now will fix the bug. They did this 100% the right way so far.
Score: 32 Votes (Like | Disagree)

Someone needs to be fired for it.

Why does someone always need to be fired for a mistake? This was not one person missing it. It was hundreds of employees, thousands of developers, and hundreds of millions of FaceTime users that missed it. The fact that it took 4 months to come out shows how 'hidden' this bug was.
Score: 14 Votes (Like | Disagree)

Sevanw
Just non-stop hardware/software issues with this company, yet the diehards still like to chant the mantra of, "it just works." SMH...
Score: 14 Votes (Like | Disagree)

I7guy
Good move by Apple. Cuts the bug off at the knees.
Score: 12 Votes (Like | Disagree)

cashville2400
This is a good move by Apple!
Score: 11 Votes (Like | Disagree)
Read All Comments

Thursday May 13, 2021 10:32 pm PDT by Sami Fathi
A new rumor suggests that Apple will announce the third-generation AirPods and the recently rumored HiFi, or high-fidelity Apple Music tier, on Tuesday, May 18, via a press release on its website. The new rumor comes from Apple YouTuber Luke Miani who shared the alleged exclusive news with the AppleTrack website. According to the YouTuber, Apple plans to release the next-generation AirPods...
Read Full Article • 131 comments

Thursday May 13, 2021 12:10 am PDT by Sami Fathi
Apple has fired Antonio García Martínez, an ex-Facebook product manager and author of the controversial book "Chaos Monkeys," following public and internal calls for removal and investigation due to past misogynistic statements, The Verge reports. Apple hired Martínez earlier this week to join its ads team, however, comments that Martínez made in the past sparked condemnation from users...
Read Full Article • 305 comments

Wednesday May 12, 2021 10:03 am PDT by Juli Clover
Apple's M1 iMacs are set to start delivering to customers next week, and ahead of the official launch day, benchmarks for the machines have been showing up on Geekbench, likely from reviewers who are testing them. It will come as no surprise that M1 iMac benchmarks are right on par with benchmarks for the M1 MacBook Pro, MacBook Air, and Mac mini, coming in with an average single-core score...
Read Full Article • 273 comments